I Fought the Law was written by Sonny Curtis of the Crickets, though it was popularized by the Bobby Fuller Four which became a top ten hit in 1966. (It achieved further success in 1979 after a cover by The Clash.) Bobby Fuller and his band achieved regional success in Texas. They won a major label contract and changed their name to Bobby Fuller Four. They covered I Fought the Law and peaked at #9 in the U.S., #11 in Canada and #33 in the UK. A mere six months later, Fuller was found asphyxiated in his mother’s car in a parking lot near his Los Angeles apartment. His death was declared a suicide, though rumors persist that he was murdered. Fuller was only 23 years old.

Lars and the Real Girl is a 2007 comedy drama directed by Craig Gillespie. Ryan Gosling portrays a socially awkward young man named Lars who builds a romantic relationship with a sex doll named Bianca. Lars’ mother died when he was an infant and had a distant father, who died at the beginning at the film, as well as a brother, who skipped town as soon as he was old enough. Lars has a fear of intimacy and investment in other people, stemming from a very valid fear of abandonment. His relationship with Bianca is definitely a coping mechanism for that, and the way that his psychologist and the entire town band together to validate his belief in Bianca is touching. Using Bianca, he built relationships with other people and engaged in human interaction, which leads him to no longer need Bianca.

Though Lars and the Real Girl was not commercially successful, it was critically acclaimed, winning Gosling a Satellite Award for Best Actor in a Motion Picture Musical or Comedy. The Oball is designed to make catching easier as virtually all children cannot help but catch it due to all the various holes that get caught around their fingers. Oballs are suitable from birth up to any age. The ball will never burst. There is a rattle version for the youngest players. Oballs have won three Gold Awards. The Oball Stranz is just as squishy as the original. They are made of strands of strings. Just like the original Oball you can crush it, stomp on it, kick it, whatever and it will always bounce back to a perfectly formed sphere.

Bubble Wrap was originally formed from two shower curtains being sealed together and the inventors tried to market it as wallpaper. The next marketing strategy was as greenhouse insulation. A year later it was finally marketed as packing material. IBM was its first customer as it shipped an IBM 1401 in air cushioned comfort to its customers. Each year Bubble Wrap hosts a “Young Inventor” award that encourages youth to find an inventive way to use Bubble Wrap outside of packaging. As a stress reliever, Bubble Wrap can’t be beat. Show your love (or work out your stress) for Bubble Wrap every last Monday in January. The next Bubble Wrap Appreciation Day is January 27, 2020.

Bitch or its censored title, Nothing in Between was later re-released as Bitch (Nothing in Between) was American singer/song writer Meredith Brooks debut single off her debut album Blurring the Edges. The song rose the charts steadily peaking at #2 in the U.S. for four weeks being kept out of the top spot by Puff Daddy, Faith Evans and 112 with I’ll Be Missing You. Brooks also reached #2 in Canada, being kept out by Hanson’s Mmmbop. It peaked at #2 in Australia as well, #3 in Iceland, #4 in New Zealand and #6 in the UK. At the APRA Music Awards of 1998, it was recognized as the Most Performed Foreign Work. Bitch has been frequently misattributed to Canadian singer/song writer Alanis Morissette due to their close musical similarities. Record producer Geza X did indeed deliberately set out to find a hit that sounded like Morissette although he was fired soon after Bitch achieved major success due to conflicts with Brooks’ record label. 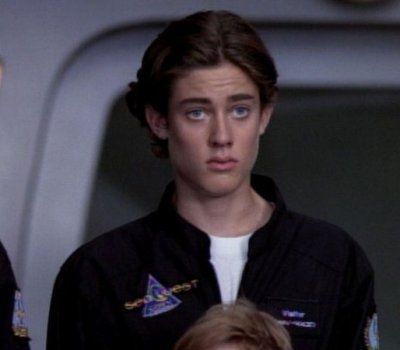 Christopher Lee Pettiet was born in Plano, Texas and was a film and television actor best known for his role as Jesse James in the western TV series The Young Riders and as Zach Crandell in the cult comedy film Don’t Tell Mom the Babysitter’s Dead. His final TV appearance was a 1999 episode of Judging Amy. On April 12, 2000, Pettiet died of an accidental drug overdose in Los Angeles at the age of 24. After Pettiet’s death, his acting coach Kevin McDermott founded a scholarship fund in his name to help young actors attend Center Stage LA where Pettiet had trained.

In Pie in the Sky a father and son watch over their backyard cherry tree — and all the colorful living things surrounding it — throughout the seasons. At the end of the summer, they harvest the cherries together and make a delicious pie for the whole family to enjoy. Pie in the Sky was written by American best selling author Lois Ehlert.

Back With the Ex was an Australian reality TV series which aired on the Seven Network on April 18, 2018. The premise of the show was chronicling former couples that want to give their relationships a second chance. The premiere (and only aired) episode featured Jeremy and Meg, Diane and Peter, Cam and Kate and Erik and Lauren. Each couple did reconcile for a bit but all have since broken up again. Seven episodes were filmed and Back with the Ex was supposed to have run until May 30, 2018. But ratings were poor so the remaining episodes were moved to Seven Network’s streaming channel.