Let U Go was said to be based on Angel’s then relationship with fiancee model/actress Tiffany Lynn. Lynn and Angel share a son, Lyric Lennon Parker-Angel. (Lyric starred in American Horror Story: Hotel.)

Breakfast at Tiffany’s was an American romantic comedy starring Audrey Hepburn, George Peppard, Patricia Neal, Buddy Ebsen, Martin Balsam and Mickey Rooney. Breakfast at Tiffany’s was loosely based on Truman Capote’s novella of the same name. Hepburn’s role as Holly Golightly is considered to be her most memorable and identifiable role. Hepburn herself regards this role as one of her most challenging as she is an introvert and had to play an extravert. Breakfast at Tiffany’s won two Oscars (Best Original Score and Best Original Song for
Moon River). In 2012, the Library of Congress selected the film for preservation in the National Film Registry.

In the film, a lonely, struggling writer (Peppard) becomes enchanted with his neighbor, a young, independent woman who strives to be a high-climbing socialite with a penchant for high fashion and wild parties (Hepburn). But soon, he uncovers the vulnerability she has in her heart. 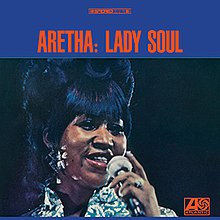 Lady Soul was American singer Aretha Franklin’s fourteenth studio album and contained some of her biggest hits. Lady Soul was certified Gold and sold over a million copies. Lady Soul topped the Black Albums (the R&B chart was so named at the time), hit #2 on the Pop album chart and #3 on the Jazz album chart. Gospel singer Cissy Houston (mother of late singer Whitney Houston) and her group the Sweet Inspirations and Franklin’s own sisters Carolyn and Erma Franklin served as backup singers.

(You Make Me Feel Like) A Natural Woman has become a Franklin standard (or signature song) and was written by singer-songwriter Carole King. At the 2015 Kennedy Center Honors, Franklin sung this song to King, who was an award recipient. Chain of Fools almost ended up being a single for Otis Redding. Producer Jerry Wexler chose instead to give the song to Franklin. Chain of Fools has received a Gold certification and hit #4 in Canada. (Sweet Sweet Baby) Since You’ve Been Gone spent three weeks at #1 on the R&B chart, kicking out Redding’s (Sittin On) The Dock of the Bay. It has also been certified Gold. Ain’t No Way was written by Franklin’s younger sister Carolyn Franklin. Carolyn, who was also a member of The Sweet Inspirations, can be heard doing background vocals. (Listen for the operatic voice during the bridge and ending of the song.) Ain’t No Way was also certified Gold.

Developed by Wham-O, the creator of the Frisbee, the hula hoop was modeled after the wooden toy used in Australian gym classes. Made of polyurethane, the cylindrical tubes were placed around the head or spun around the waist. In order to keep the hoop aloft, the user has to gyrate and wiggle their hips, imitating Hawaiian hula dancers. Wham-O introduced hula hoops in California and they spread across the U.S. like wildfire. After only four months, Wham-O had sold 25 million units! By the time winter of 1958 rolled around, U.S. sales had cooled. Wham-O took the hula hoop to Europe and the Middle East. Hula hoop mania was re-ignited.

Don’t Be Angry was a popular song of the 1950s written by Nappy Brown, Rose Marie McCoy and Fred Mendelsohn. Don’t Be Angry hit #2 on the R&B chart. It went to #25 on the Best Seller list. Another successful cover of Don’t Be Angry was in 1977 by Donna Fargo. It peaked at #3. In 1964 Stonewall Jackson released a country song with the same title; it was not a cover version.

In the early 1980s, R&B experienced renewed interest and some of Brown’s earlier recordings were re-released in Europe. Brown was able to re-ignite his career. Piddly Patter was featured on the soundtrack to Cry-Baby

Brown’s final album Long Time Coming was released in September 2007. Brown died in his sleep on September 20, 2008 in a North Carolina hospital at age 78. He was inducted into the Blues Hall of Fame in August 2002. 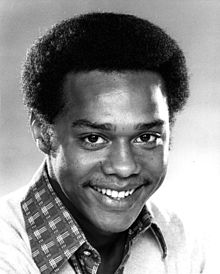 Michael Jonas Evans was born in Salisbury, North Carolina. His father, a dentist and his mother, a teacher, sent him to a private school for young black Americans in Sedalia, North Carolina (just outside Greensboro). They later moved to Los Angeles where he graduated from Los Angeles High School. He studied acting at Los Angeles City College.

Evans starred as Lionel Jefferson on All in the Family and for most of the run of The Jeffersons. Evans was replaced briefly by Damon Evans (no relation). Mike had to be replaced as he and Eric Monte were busy with the comedy series Good Times. Mike returned to The Jeffersons after Good Times ended in 1979. In 1976-1977 Evans played Lenny in the Danny Thomas sitcom, The Practice. In addition to acting, Evans was a real estate investor. He owned several properties in California’s Inland Empire.

Evans married Helena Jefferson in January 1976. On September 11, 2002, Jefferson passed away from breast cancer. Just over four years later, on December 14, 2006, Evans died of throat cancer at his mother’s home in California. He was 57 years old.

Written by American children and young adult author Judy Blume, Are You There God? It’s Me, Margaret was a young adult novel. Margaret Simon is in sixth grade. Her mother is Christian and her father is Jewish. The central conflict of the novel is from Margaret trying to settle her mixed religious heritage. Alongside the religious conflict, Margaret confronts other pre-teen issues — buying her first bra, getting her first period, using belted sanitary napkins (in more current editions of the novel these have been updated to adhesive sanitary pads), envy towards other girls’ bodies, liking boys and whether to voice a difference of opinion from her friends’.

The success of Are You There God? It’s Margaret inspired Blume to write Then Again, Maybe I Won’t, a book about puberty from a boy’s perspective in 1971.

Beemans gum was invented by Ohio physician Dr. Edward E. Beeman in the late 19th century. Originally made of pepsin powder and chicle, the gum was prescribed by Beeman to aid digestion. In 1898, manufacturing was taken over by the American Chicle Company, then by Warner-Lambort in 1962. Beemans gum was available until 1978 when sales had lagged too much. In 1985, alongside Clove and Black Jack gums, Beemans was reproduced without pepsin.

Beemans was considered a “lucky” gum by pilots. This was thanks to the antacid qualities of pepsin. (It quashed stomach agitation during flight.)

The Wonder Years centered around Kevin Arnold (Savage), son of Jack (Dan Lauria) and Norma (Alley Mills) Arnold. Wayne (Jason Hervey) and Karen (Olivia d’Abo) were Kevin’s older siblings. Paul Pfeiffer (Josh Saviano) was Kevin’s best friend. Winnie (Danica McKellar) was Kevin’s crush turned girlfriend. The series took place 20 years in the past. When the series debuted in 1988, the events depicted in the show were from 1968. Therefore, the storylines were told through Kevin’s reflections as an adult in his mid-30s. Daniel Stern voiced 30-year-old Kevin.

The Wonder Years as a complete series box set is available in Region 1 (Canada and the U.S.). The first four seasons are also available individually — but not the final two seasons.

Originally this band formed in October 1984 as the Untouchable Krew. They shortened their name to the U-Krew and released their only album, The U-Krew in 1989. In 1990, If U Were Mine, their debut single, peaked at #21. Their follow-up single, Let Me Be Your Lover peaked at #68. In 1992, their record company, Enigma Records folded and the U-Krew were never able to release a follow-up album.

In 1996, Muhammad and McClendon formed Hakim & J-Mack. In 1999, they released an album, Playalistic on Portland record label, Lucky Records. In October 2012, the U-Krew was inducted into the Oregon Music Hall of Fame.

If you search for U-Krew today, you may be directed to the Adelaide, Australian band.