Originally Sunshine was not slated for release, but an engineer accidentally erased the master for a track called Please Find Me. Sunshine was used to fill the hole on country folk singer Jonathan Edwards’ debut self-titled album. First captivating audiences in Boston, love for Sunshine soon spread nationwide. Sunshine peaked at #4 on the Hot 100 and #7 on the adult contemporary charts. Sunshine was certified Gold. History has somewhat repeated itself: Susanna Hoffs (former singer of the Bangles) covered Sunshine, but her version failed to make the cut for her 1991 album and has remained unreleased.

In 2012 to 2013, Apartment 1303 was remade and released around the world as Apartment 1303 3D. This version starred Mischa Barton, Rebecca De Mornay and Julianne Michelle.

(I Can't Get No) Satisfaction, Albums, British, cover, Out of Our Heads, Platinum, Play with Fire, R&B, Rolling Stones, The Last Time 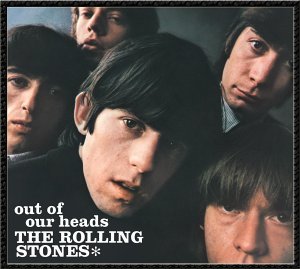 Stickle Bricks are construction toys intended for toddlers. They were invented in 1969 by Denys Fisher, an English engineer. Stickle Bricks are owned by Hasbro and currently manufactured by Flair Leisure Products. Stickle Bricks are colorful plastic shapes that have a “brush” of plastic fingers on one or more edges. These fingers interlock allowing the shapes to join together in various ways. Standard sets include various sizes of triangular, square and rectangular pieces. They also include other pieces, such as heads, wheels and teddy bears.

The expression “15 minutes of fame” is credited to artist Andy Warhol. In a program for a 1968 exhibition of his work at the Moderna Museet in Stockholm, Sweden, he included the words, “in the future, everyone will be world-famous for 15 minutes.” Photographer Nat Finkelstein also claims credit for the expression. In 1966, he was shooting Warhol for a proposed book. A crowd gathered trying to get pictures and Warhol remarked that everyone wants to be famous. Finkelstein replied, “Yeah, for about 15 minutes, Andy.” An even older concept dates back to Elizabethan England as the expression “nine days’ wonder.”

Michael James Cuccione was born in Burnaby, British Columbia and raised in neighboring Coquitlam. In July 2004, at 9 years of age, Cuccione was diagnosed with stage 2A Hodgkin’s lymphoma, a cancer that affects the lymph nodes. He endured five months of chemotherapy. His cancer returned the next year and metastasized to his lungs. He again underwent more chemotherapy, a bone marrow transplant and 12 radiation treatments around his heart and lungs. Pronounced cancer free, Cuccione was left with permanent lung and respiratory problems.

He soon turned toward advocacy. He established the Michael Cuccione Foundation for Cancer Research. He recorded a five-song CD, Make a Difference and wrote a book with his grandmother, There are Survivors: The Michael Cuccione Story. All proceeds from both projects went to cancer research and Cuccione began making many TV, radio, school and hospital appearances to raise awareness and various other fundraising endeavors.

In July 1997, after requesting to meet Baywatch star David Hasselhoff, Cuccione appeared in an episode. The producers of the movie and TV series 2ge+her discovered Cuccione and cast him as Jason “QT” McKnight. This spoof band from the show toured and opened for Britney Spears.

As the second series of the TV show 2ge+her started filming, Cuccione began experiencing more frequent breathing troubles and required an oxygen tank on set. Unfortunately, his troubles increased and Cuccione soon had to miss tapings and public appearances. He was involved in a minor car accident and was unable to fight off the effects of it. He had to enter the hospital on December 4, 2000, suffering from pneumonia. On January 13, 2001, eight days after his 16th birthday, Cuccione succumbed to respiratory failure. All four 2ge+her band/cast
mates attended Cuccione’s funeral as did actor Hasselhoff, who delivered a eulogy.

In January 1892, James Naismith published his rules for the game he had invented, Basket Ball. These rules were very different from the way the game is played today. Naismith’s version included no dribbling, dunking or three-pointers; there was no shot clock and goal tending was a legal play. Below are Naismith’s original rules:
1. The ball may be thrown in any direction with one or both hands
2. The ball may be batted in any direction with one or both hands
3. A player cannot run with the ball. The player must throw it from the spot on which he catches it, allowance to be made for a man who catches the ball when running at a good speed if he tries to stop
4. The ball must be held in or between the hands; the arms or body must not be used for holding it
5. No shouldering, holding, striking, pushing or tripping in any way of an opponent. The first infringement of this rule by any person shall count as a foul; the second shall disqualify him until the next basket is made or, if there was evident intent to injure the person, for the whole of the game. No substitution shall be allowed
6. A foul is striking at the ball with the fist, violation of rules three and four and such described in rule five
7. If either side makes three consecutive fouls, it shall count a goal for the opponents (consecutive means without the opponents in the mean time making a foul)
8. A goal shall be made when the ball is thrown or batted from the grounds into the basket and stays there (without falling), providing those defending the goal do not touch or disturb the goal. If the ball rests on the edges, and the opponent moves the basket, it shall count as a goal
9. When the ball goes out of bounds, it shall be thrown into the field of play and played by the first person touching it. In case of dispute the umpire shall throw it straight into the field. The thrower-in is allowed five seconds. If he holds it longer, it shall go to the opponent. If any side persists in delaying the game, the umpire shall call a foul on that side
10. The umpire shall be the judge of the men and shall note the fouls and notify the referee when three consecutive fouls have been made. He shall have power to disqualify people according to rule 5
11. The referee shall be the judge of the ball and shall decide when the ball is in play, in bounds, to which side it belongs, and shall keep the time. He shall decide when a goal has been made and keep account of the baskets, with any other duties that are usually performed by a scorekeeper
12. The time shall be two fifteen minute halves, with five minutes of rest between
13. The side making the most points in that time is declared the winner.

Sheba was a brand of canned cat food. It used to come in plastic trays. In January 2011, despite a loyal customer base, Mars, Incorporated announced that Sheba would be discontinued due to the high price of manufacturing the product. As of July 2012, Sheba cat food has returned to the U.S. marketplace, but now comes in a pull-tab can (much like most canned brands of cat food). 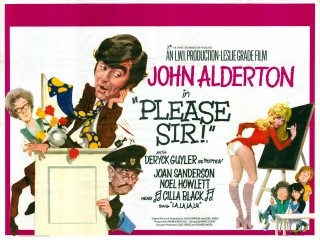 Please Sir! was a British situation comedy series that ran for 4 seasons and 55 episodes. It centered around Bernard Hedges (played by John Alderton). Hedges was a teacher fresh out of training college that is assigned to Fern Street School to teach class 5C, the unruliest form at the school. For the final season, Hedges and his pupils were placed with a new class. The original pupils continued on in their own spin-off series, The Fern Street Gang. Also in 1971, Please Sir! had a film released in which Hedges got married and resigned from the school — hence why for the last season he was replaced.