So Alive was the second single from British alternative rock band Love and Rockets’ self-titled fourth album. So Alive was their biggest American hit, peaking at #3. It hit the top of Billboard’s Modern Rock chart (for five weeks) and in Canada for two weeks. Untitled was American rapper Nas’ ninth studio album. No, he didn’t get lazy when naming the album nor was he out of creative head space. He wanted to call it something not fit to print, but allegedly bowed to pressure from the White House to change it from the racial epithet that he was planning on using. (Use your imagination…the word starts with the letter N…) Untitled was his fifth album to debut at #1 and was certified Gold.

Nas first mentioned the original title on October 2007. (Def Jam provided no comment.) In May 2008 he cheekily bowed to the pressure stating “…the people will always know what the real title of this album is and what to call it.” The cover art shows a shirtless Nas with his back to the camera with flagellation scars forming the letter N.

The singles from Untitled are: Hero, peaking at a dismal #97 and Make the World Go Round which failed to chart.

In 1975, Mattel decided that it was time for Barbie’s little sister Skipper to grow up. After much research, they decided on this: Rotate Skipper’s left arm and Skipper would grow an inch taller and develop a bosom.

Growing Up Skipper created some controversy and Skipper stopped aging.

Held on the Spring Bank Holiday on Cooper’s Hill near Gloucester, traditional participants were from the village of Brockworth, but is now open to all. This one is simple: A round of Double Gloucester cheese is rolled down Cooper’s Hill and human competitors race down the hill after it. The first person over the finish line wins the cheese. If you’re thinking of participating, be warned Cooper’s Hill is very steep and sees a number of injuries every year. By the way, the Spring Bank Holiday this year is Monday, May 28. (Next year, — you know cause you need to train — is Monday, May 27, 2019.)

The Breeders were an American alternative rock band who had a top 40 hit in the summer of 1993 with Cannonball. It was the lead single from their second album Last Splash. France was most in love with it; it peaked at #8 and was certified Silver there. Critics were also in love with Cannonball. NME, Melody Maker and The Village Voice all declared it the best single of 1993. 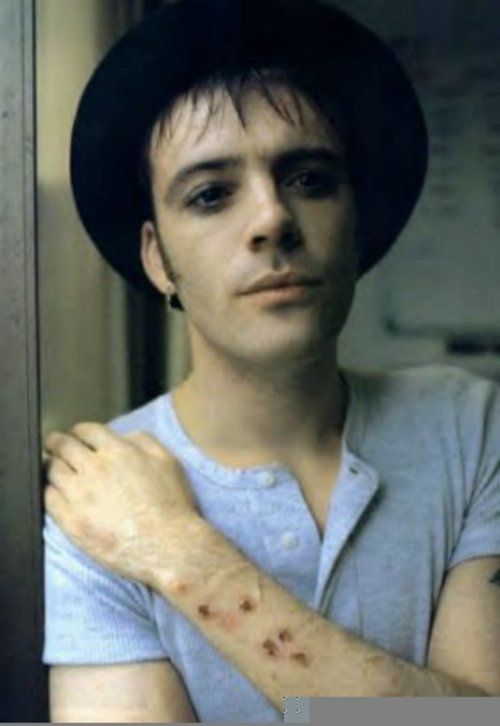 Richard James “Richey” Edwards was a Welsh songwriter and rhythm guitarist for the alternative rock band Manic Street Preachers. He was known for his dark, politicised and intellectual song writing. Initially, he was the band’s driver and roadie but quickly became accepted as their spokesperson. Despite having little musical talent, his words and design were his contribution. In
his early days, he was actually miming the guitar!

Personally Edwards suffered severe bouts of depression and self-harmed. After the release of The Holy Bible, the band’s third album, Edwards checked himself into The Priory psychiatric hospital missing most of the promotional work for the album. After his release, he did join the band on tour. His final live performance was on December 21, 1994 at the London Astoria.

Two weeks before his disappearance, Edwards was withdrawing 200 pounds a day from his bank account. On February 1, 1995, he was due to fly with bandmate James Dean Bradfield to the U.S. for a promotional tour. He didn’t show up. For the next two weeks, he was “spotted” around Newport. On February 7, a taxi driver claimed to have driven him around the valleys of Blackwood (his childhood home). On February 14, his car was found at a service station near Aust, South Gloucestershire and was reported as abandoned on the 17th. There was evidence that the car had been lived in. Speculation surrounds whether Edwards committed suicide on the Severn Bridge (a popular spot for such activity). Over the years Edwards has been “spotted” in Goa, India and on the islands of Fuerteventura and Lanzarote (parts of Spain’s Canary Islands). None of these sightings have been proven. In 2002, his parents had the option to declare him legally dead. They opted not to. Finally on November 23, 2008, they did. The whereabouts of Richey Edwards and his body remain unknown. At the time of his disappearance, Edwards was 27 years old. He has become another member of “27 Club” (a list of popular figures who have died at the age of 27).

First off, know that this children’s book is on the Banned Books list. Why? Well Willy is a sperm that lives inside Mr. Browne with his 300 million friends. They are preparing for the Great Swimming Race. Through preparation for the race, the book examines the inner workings of both Mr. Browne and his good lady wife, Mrs. Browne. Oh and the prize for winning the Great Swimming Race? Meeting up with a beautiful egg inside Mrs. Browne. The race and copulation do take place under the cover of a yellow blanket, thankfully. However, we do get to see Willy burrowing into Mrs. Browne’s egg, divide and a familiar shape appears.

Produced in an effort to present the facts of life in an accessible way to appeal to both children and parents, you be the judge. Does this book deserve to be on the banned books list?

Erwtensoep or snert is a very thick pea soup, made from split peas, celery, leeks, carrots and pork. Erwtensoep is traditionally eaten during the winter with slices of rookworst (smoked sausage) and rye bread with katenspek (Dutch bacon cooked then smoked). The Dutch consider erwtensoep ready to eat when it’s thick enough that your spoon stands vertically. Hence, erwtensoep is traditionally eaten the day after it is made when the flavors are better mixed and the soup is at its thickest.

In an attempt to capitalize on the success of Sesame Street, ABC launched Curiosity Shop in 1971. Sponsored by Kellogg’s (yep the cereal people), Curiosity Shop was an American children’s educational television show broadcast Saturday mornings from September 11, 1971 to January 6, 1973. The show featured three inquisitive kids, two boys and one girl each show (the boys were John Levin and Kerry McLane and the girls alternated between Pamelyn Ferdin and Jerelyn Fields). Each week the kids traveled to a different shop populated with puppets and gadgets to discover interesting things about science, nature and history. Each show featured a different theme.

Curiosity Shop was executive produced by legendary animator Chuck Jones. The puppets included Professor S.I. Trivia (A bespectacled bookworm that provided the children with dictionary definitions), Monsieur Cou Cou (a French-accented bird), Flip (an orange hippopotamus), Baron Balthazar (a man who would tell animated tales from his homeland of Bosnia. The cartoons were from the series Professor Balthazar which were produced in Croatia. At the time both Crotia and Bosnia were still part of Yugosalvia.), The Oogle (a marsupial-like silent creature), Onomatopoeia (a multi-legged furry beat that spoke in sound effects), Woodrow the groundhog (often yelled for quiet), Eek A. Mouse (also usually asked for quiet), Nostalgia (a chronically forgetful elephant), Hermione Giraffe, Aarthir the Aardvark, Ole Factory the Bloodhound, Halcyon the Hyena and Miss Fowler (a flower in a pot). Other actors on the Curiosity Shop included Barbara Minkus as Gittie, a witch who magically appeared when someone said “which;” Darwin, a chimpanzee who lived in a treehouse and Eunice, a seal that lived in a waterbed (a water tank shaped like a bed). Curiosity Shop also featured inanimate characters: Hudson was a gravelly-voiced rock; Granny TV was a rocking antique TV that presented classic film comedies; Mr. Jones was a tape recorder and was the only means of communication between the children and animator Chuck Jones; and a talking computer who satisfied the children’s curiosity about every subject and presented educational movies, tapes, cartoons, vocabulary lessons and the like.