No Rain was the second single off American rock band Blind Melon’s debut self titled album. The song is well known for the music video which featured tap dancing “Bee Girl” Heather DeLoach. (DeLoach is not the “Bee Girl” that appears on the album cover though; that is Georgia Graham, younger sister of drummer Glen Graham.) Meanwhile, the music video received heavy airplay on MTV in 1993 and propelled Blind Melon (the album) to multi-platinum status. No Rain remains Blind Melon’s (the band) highest charting U.S. single (at #20). No Rain topped the Canadian chart and the American Album Rock and Modern Rock charts.

Dead Silence is a 2007 American supernatural horror film directed by James Wan who also wrote the script along with Leigh Whannell (who also created Saw together). The film stars Ryan Kwanten, Judith Roberts, Donnie Wahlberg and Amber Valletta. The plot? A young widower (Kwanten) returns to his hometown to search for answers to his wife’s (Valletta) murder, which may be linked to the ghost of a murdered ventriloquist (Roberts). Dead Silence was produced for $20 bringing in an initial $16.5 million. Most theatres ceased showing the film 16 days after the release on April 16, 2007. Plans for a sequel were then scrapped. Worldwide the film has made just over $22 million. Despite its horrible ratings on Rotten Tomatoes, Dead Silence has developed a cult following.

#1’s was Mariah Carey’s first compilation album and contained her then thirteen number one singles from Billboard’s Hot 100 chart as well as four new songs. (In Japan, it also included All I Want for Christmas Is You, Carey’s biggest selling single there. #1’s debuted at number one in Japan and remains the best selling album of all time in Japan by a non-Asian artist.) Though #1’s expresses all the “characteristics” of a greatest hits album, Carey dislikes the track listing, instead calling it a collection of her most commercial singles. (She wishes that the album had contained more of her “favorite songs.”) The album was also met with criticism in regards to the new songs included, namely Carey’s duet with singer Whitney Houston for The Princes of Egypt soundtrack, When You Believe. (Many people feel the entire album was just a vehicle to get the song onto a Mariah Carey album.) On Carey’s part, #1’s was meant as a sign of gratitude to her fans for giving her 13 number one singles. Despite the criticism, the album performed well peaking (and debuting) among the top ten on almost every major worldwide music market. 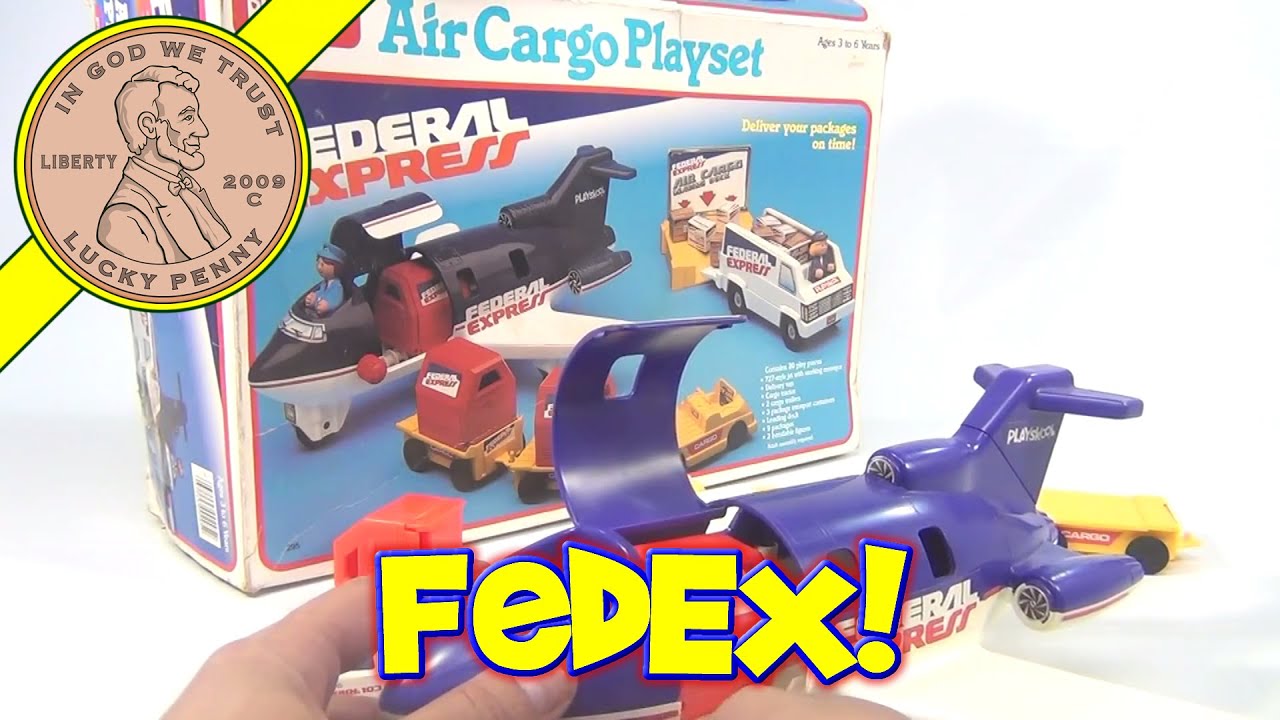 Did you grow up wanting to be a mail carrier? Maybe that’s because you played with the Playskool Air Cargo Play set included a 727 style jet that had a working conveyor belt, a delivery van, cargo tractor, 2 cargo trailers, 3 package transport containers, a loading dock, seven packages and 2 bendable figurines.

Historians say that meatballs were first created around the 2nd century B.C. in China. Meatballs then moved slowly across the Middle East, travelling along trade routes throughout Europe. Spaghetti and meatballs are not popular amongst Italians. They are popular however with Italian-Americans. It was due to Italians going home to visit Italy that meatballs gathered favor in Italy. While we know how meatballs came to be, we don’t know who invented the holiday. But you can display for love for spaghetti and meatballs or just cocktail meatballs alone every March 9.

Tainted Love was composed by Ed Cobb, formerly of the American pop music group The Four Preps. It was originally recorded by Gloria Jones in 1965. Jones became the girlfriend of glam rock musician Marc Bolan of T. Rex. She joined the band as a keyboardist and backing vocalist. Jones used Tainted Love as the B-side to My Bad Boy’s Comin Home which was a commercial flop that failed to chart. In 1981, English synth pop duo Soft Cells covered the song and gave a memorable performance on the BBC music show, Top of the Pops which led to Tainted Love finally topping the charts (in the UK) and becoming the best selling single of 1981 also in the UK. Becoming a major hit during the second British Invasion (of the 80s), Tainted Love spent a (then) record 43 weeks on Billboard’s Hot 100 and peaked at #8. Tainted Love also topped Australian, Belgian, Canadian, West German and South African pop charts.

Warren Mercer Oates was born and raised in Depoy, Kentucky, a tiny rural community a few miles west of Greenville. He starred in many Westerns, once quipping, “there were 40 [western] series and I went from one to the other. I started out playing the third bad guy on a horse and worked my way up to the No. 1 bad guy.” Oates is best known for his performances in several of Sam Peckinpah’s films (The Wild Bunch (1969) and Bring Me the Head of Alfredo Garcia, 1974). He also appeared in The Hired Hand (1971), Two-Lane Blacktop (1971), Race With the Devil (1975). He portrayed John Dillinger in the 1973 biopic Dillinger. Also notably were his roles in Stripes (1981) and the New Zealand film Sleeping Dogs (1977).

Oates had been ill for a few weeks with influenza prior to his death in April 1982. At age 53, he died of a heart attack while taking an afternoon nap at his Los Angeles home. Earlier in the day, Oates had experienced chest pains and shortness of breath. His autopsy concluded he had chronic obstructive pulmonary disease. His final two films were released in 1983 Blue Thunder and Tough Enough. Monte Hellman’s 1988 film Iguana was dedicated to Warren. Tom Thurman produced a documentary film Warren Oates: Across the Border in 1993 as a tribute to his career. In March 2009, Susan Compo published a biography (Warren Oates: A Wild Life) featuring interviews with his three former wives, his three children and friends. His family has rejected the biography.

The Myron Bolitar series of thrillers are written by Harlan Coben. They have won three awards over the years: An Edgar (Fade Away), a Shamus (Drop Shot) and an Anthony (Deal Breaker). Bolitar is a formerly renowned professional basketball player turned sports agent who founded and owns MB SportsReps. The series also stars Esparanza Diaz and Windsor “Win” Horne Lockwood III. Diaz is Bolitar’s associate (who finally makes partner in Book 7 Darkest Fear), a Latina former professional wrestler (Little Pocahontas). Diaz is bright but has a caustic wit. She studied law at New York University via evening classes in addition to her work with MB SportsReps. “Win” is Bolitar’s best friend and serves as the “anti-hero” in the series as displayed by his psychopathic tendencies. Bolitar and Win debate all the time about the ethical nature of various actions. Win handles the financial side of Bolitar’s clients. 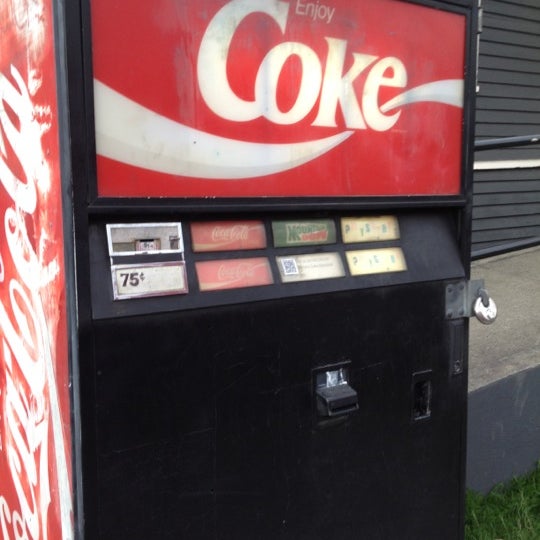 If you were in Seattle’s Capitol Hill neighborhood, on the corner of John Street and 10th Avenue East (it was chained up outside of Broadway Locksmith) prior to June 2018, you may not realized it but there was a tourist attraction. The attraction was the Mystery Soda Machine. This Coke machine spit out soda cans for a mere 75 cents. As a Coke machine, it was pretty progressive, spitting out Coke, Mountain Dew, Pepsi and Barq’s. Certain buttons were labeled “mystery” so you had no idea what the machine would actually spit out for you. People have claimed to have gotten long discontinued sodas like Hubba Bubba Bubble Gum! Others have tested it spending five dollars in change and getting six different soda brands from the same “mystery” button. The other “mystery” of the machine is who is caring for and stocking up the aging, rusting machine. It would seem to be most natural to assume that the Locksmith shop would be refilling it, but no one has claimed ownership. At one point, all the buttons were changed to “mystery.”

So let’s go back to the beginning of this post. Why did I say “if you were?” Well as of June 2018, here comes mystery number three, the Coke machine is no longer there, just a sticker saying “went for a walk.” Again, it is unknown who took it and why. Mystery number four: You can follow the escapades of Seattle’s Mystery Soda Machine via its own Facebook page, Mystery Machine.