Girl from Ipanema is a Brazilian bossa nova jazz song. It was written in 1962 and first available from Pery Ribeiro. In 1964 it became an international hit than to Astrud Gilberto and Stan Getz. It peaked at #5 in the U.S. and topped the Easy Listening chart in the U.S. for two weeks. The song was inspired by Heloisa Eneida Menezes Paes Pino (now known as Helo Pinheiro) who passed by composers Antonio Carlos Jobim and Vinicius de Moraes one day. Pinheiro has become a celebrity in her own right due to the huge success of the song.

In Dan in Real Life a widower finds out the woman he fell in love with is his brother’s girlfriend. It was directed by Peter Hedges and stars Steve Carell, Juliette Binoche and Dane Cook. The film also stars Amy Ryan who would later reunite with Carell on the TV sitcom The Office. The film was produced for $25 million and brought in just over $68 million.

What became the lowest charting album of American singer Barbra Streisand’s illustrious career, Barbra Streisand…ad Other Mucial Instruments was made available following a live 1973 television special. The emphasis of the album was world music and the instrumentation varies greatly on the album, from kitchen utensils to African, Middle Eastern and Asian instruments. The majority of the tracks were covers or re-recorded versions of her earlier hits. The album is one of four albums that did not receive any certifications and peaked at #64 in the U.S. (#80 in Canada). It was Streisand’s 14th studio album.

Spend $40 to get a kit of over 50 pieces that you need to assemble using basic soldering and screwdriver skills (and find two AA batteries) to build a black box that has a switch on top. Flip the switch and a “finger” pops out and switches itself back off. That’s all it does. Ever, Always. You can’t say you weren’t warned that the box is useless.

During the 1950s and 1960s, skin diving was a popular past time. It became quite competitive as divers tried to go the deepest or stay submerged the longest. New “competitions” needed to be added all the time. Eventually they decided to prey on octopi, finding and extracting them from their lairs and wrestling them to the surface of the water. The spectacle caught on and in 1963, over 5000 people showed up at Puget Sound in Washington State for the World Octopus Wrestling Championships. Organizers guaranteed action by strategically placing octopi around the beach as the event was being televised. By the way, this activity is illegal today.

In 1997, Swedish rock musician Eagle-Eye Cherry (which is actually his real name) had a massive hit on his hands: Save Tonight. In typical one hit wonder fashion, Save Tonight was Cherry’s debut single off his debut album, Desireless. Save Tonight reached #3 in Ireland, #5 in the U.S., #6 in the UK, #2 in Sweden, #9 in Belgium, #6 in Canada and #9 in the Netherlands. It was voted song of the year by a New Zealand radio station and awarded a Rockbjornen award as Swedish song of the year in 1997.

In 2010 Swedish boy band E.M.D. covered the song as the lead single from their second album Rewind. It peaked at #3 in Sweden. The love for Save Tonight endures in Sweden for sure. 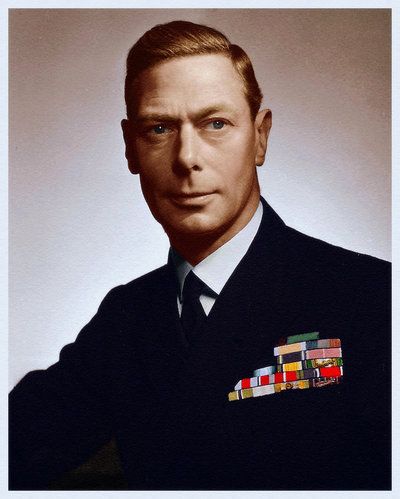 George VI was crowned as King of the United Kingdom in 1937 and was an important symbolic leader for the British people during World War II and often visited armies on the battle fronts and completely stood behind Prime Minister Winston Churchill throughout. In 1952, he died of lung cancer at age 56 and was succeeded by his daughter, Queen Elizabeth II (who still reigns and is the longest reigning monarch in British history). George VI was the last Emperor of India and the first Head of the Commonwealth. As the second son of King George V, he was not expected to ever inherit the throne and spent much of his early years in the shadow of elder brother Edward. In 1923, he married Lady Elizabeth Bowes-Lyon and had two daughters, Elizabeth and Margaret. In 1936 Edward ascended to the throne as Edward VIII upon the death of their father. Later that year he expressed his desire to marry divorced American socialite Wallis Simpson. The current British Prime Minister Stanley Baldwin advised Edward that for both political and religious reasons that he would not be permitted to marry a divorced woman and remain king. Edward abdicated
the throne and married Simpson. This allowed George to ascend to the throne.

Under George’s reign, the British Empire began to break up with Ireland developing a new constitution and establishing the office of President and the United States and Soviet Union arose from the war to become pre-eminent world powers, while the British Empire declined.

Dating for Under a Dollar (Legacy Book Press, 1999)

A quote on the cover says, “Dating will never be the same again!” And if you use any of the 301 ideas presented, you can be reassured that you will never get a second date. Blair Tolman is one brave soul for allowing his name to appear on the cover. Published not during the Depression or during the World Wars when money or times were tight, but in 1999. Okay, let me explain a little more. Dating for Under a Dollar was intended for teenagers and youth leaders within the Mormon religion.

He must have been on to something because he published many other “guides:” The Do’s and Dont’s of Dating: A Dating Guide for LDS Girls, Group Dating! 301 Ideas, Young Women Mutual Activies, Young Men Mutual Activities, The Dance Book: 555 Ways to Ask, Answer and Plan for Dances among others.

Sheep’s head is a traditional delicacy in many parts around the world. There are various smoked versions and a soup that always presents the head whole and intact as the eyelids and tongue are particular delicacies. Sometimes the head even contains the brain (which is actually risky to consume).

On November 27, 1987 NBC aired Walt Disney World Celebrity Circus where celebrities (Malcolm Jamal-Warner, Lisa Bonet, Tony Randall, Kim Fields, Tim Conway and Jim Varney) joined the world’s best circus acts broadcast from Epcot Center in Orlando, Florida. The celebrities did not participate in any of the circus acts, they were there to provide humor and introduce the acts.