The Laurie Sisters were Greta, Cathy and Caroline Schiavone from Atlas, Pennsylvania. They were the daughters of bandleader Florian Schiavone. They took their name from the Pennsylvania state flower, the laurel. They started singing as kids on local radio station WKOK in the early 1940s. When the youngest, Greta, graduated in 1949, they went to New York and were soon signed
to The Ted Steel Show. Just as Billboard came to fruition, they had a #30 hit with Dixie Danny in April 1955. Caroline died in 1993 due to lung cancer. Greta and Cathy both live in Easton, Pennsylvania and are living a quiet life, retired from show business.

Steve Martin (Neal Page) is just trying to get home for Thanksgiving when a blizzard grounds him. He is also hampered by his traveling companion, John Candy (Del Griffith). In usual movie fashion, whatever can wrong does as the two men try to make it to Chicago in this John Hughes classic comedy.

Planes, Trains and Automobiles was made for $30 million and brought Paramount $49.5 million back. 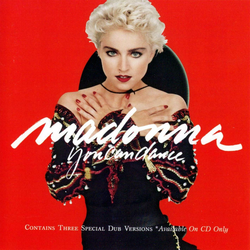 In 1987, Madonna released her first album of remixes, mostly because she hated when others would remix her songs and wanted to do it herself. You Can Dance includes songs from her first three albums: Madonna, Like a Virgin and True Blue as well as a new single, Spotlight. She apparently knew what she was doing; You Can Dance was certified Platinum and the reached the top 20 on Billboard’s album chart. In France, Italy, Japan, the Netherlands, New Zealand, Norway and the UK, the album went top 10. It became the second best-selling remix album of all time (behind Michael Jackson’s Blood on the Dance Floor (1997)

Every kid I know growing up had a Fisher Price Activity Center as a baby. The center had a bell, three spinners, a mirror and a rotary phone dial. It also had representations of the tortoise and the hare, Humpty Dumpty, The Cow Jumped Over the Moon, Jack and the Beanstalk, Jack Be Nimble and Rub a Dub Dub. Modern versions switched up the nursery rhymes for generic animals.

A beautiful Austrian tradition takes place on January 5 and is known as Glockerlauf. People walk through the streets with big handmade and illuminated Glockerkappen carried on their shoulders. They are dressed in white and have bells on their belts. They often perform dances as well. Traditionally the event have many purposes: to wake the seeds in the soil and to bring back the light and keep away evil spirits. Whatever the reason, it’s a beautiful sight to behold.

Felix Cavaliere is an American singer, songwriter, musician and music producer. He was a member of Joey Dee and the Starliters, whose big hit was Peppermint Twist (1962). He was also a member of the Young Rascals. Cavaliere’s best solo effort came in 1980 with Only a Lonely Heart Sees, which hit #36 on the Hot 100 and #2 on the adult contemporary chart.

Cavaliere continues to tour. In 2014 he was inducted into the Hammond Hall of Fame. He lives in Nashville with his second wife.

Born Dorothy Ruth Hoogstraten in Vancouver, British Columbia, Stratten began dating Paul Snider, a small-time promoter. He encouraged the model to submit nude photos to the Playboy 25th Anniversary Playmate search in 1978. She didn’t win the contest, but became a Playmate in the August 1979 issue and became the Playmate of the Year in 1980.

Stratten was cast in the Peter Bogdanovich-directed 1981 movie They All Laughed. During filming, Bogdanovich and Stratten began an affair. Snider, suspicious, hired a private detective to follow her. Stratten and Snider soon separated and Stratten moved in with Bogdanovich and was planning to file for divorce. Before she could, on August 14, 1980, she visited Snider’s home in West Los Angeles. There, he shot and killed her before killing himself. Stratten’s life and death were depicted in the films Star 80 by Bob Fosse and the television movie Death of a Centerfold: The Dorothy Stratten Story and in the book The Killing of the Unicorn – Dorothy Stratten 1960-1980 by Bogdanovich (who never got over Stratten’s murder and married Stratten’s sister in 1988). 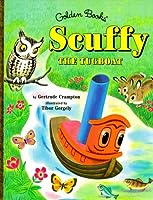 I adore the Little Golden Books! I used to have quite the collection. A classic in the series was Scuffy the Tugboat (which I had). Scuffy is a tugboat who wishes for “bigger things” than just sailing in a bathtub. The Man with the Polka Dot Tie (who owns a toy store) and his son take Scuffy to a small brook and the current carries Scuffy away. The brook turns into a stream into a small river into a large river and Scuffy is soon overwhelmed by the size of things around him. As Scuffy is about to sail into the ocean, he is rescued by the Man with the Polka Dot Tie and his son and Scuffy is returned to his bathtub which happily pleases Scuffy.

In the early 2000s, the Whataburger restaurant chain added steak fajitas to their menu. Despite having a devoted fan base, they soon disappeared. Though Whataburger is obviously known more for their burgers, they do serve other foods. Case in point, the closer you can come to your beloved steak fajitas is Whataburger’s Chicken Fajita Tacos.

MTV’s Fear was an American paranormal reality television series that followed a group of five or more contestants that were left in an allegedly haunted location where they were to complete a series of dares over two nights to explore and ultimately confirm whether the location was indeed haunted. MTV’s Fear was created by Martin Kunert and Eric Manes who were inspired by the 1973 horror film The Legend of Hell House. MTV’s Fear ran for two seasons and 16 episodes. It was cancelled, not due to poor ratings; it was the second most popular show on MTV at the time, but due to the high production cost of each episode. MTV’s Fear inspired the VH1 series Celebrity Paranormal Project and the SyFy channel’s Stranded.