1970s, Big City Miss Ruth Ann, Detroit, Gallery, I Believe In Music, Love Every Little Thing About You, Music, Nice to Be With You, One Hit Wonder, soft rock

Nice to Be With You Gallery (Underground Records, 1972)

Gallery was an American soft rock band, best known for their Gold certified 1972 hit, Nice to Be With You. The song peaked at #4 on the Hot 100. They followed that up with a cover of Mac Davis’ I Believe in Music, which peaked at #22. In early 1973 they made their final appearance on the Hot 100 with Big City Miss Ruth Ann, peaking at #23. In 1974 their single Love Every Little Thing About You failed to chart and the Detroit area group disbanded soon after. 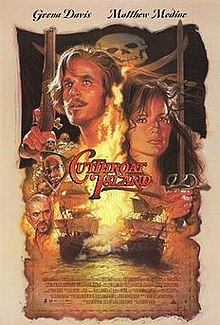 1960s, Albums, bathroom, California Dreamin, debut, Durhill, folk rock, If You Can Believe Your Eyes and Ears, Monday Monday, The Mamas and the Papas, toilet

If You Can Believe Your Eyes and Ears was the debut album of the American folk rock vocal group The Mamas and the Papas.

The album was one of the first albums to have several different album covers. The original cover features John Phillips, Denny Doherty, Cass Elliott and Michelle Phillips sitting in a bathtub. (Phillips is the one with her legs spread out.) In the corner is a toilet. This album was pulled from stores when the toilet was considered indecent. The re-release featured a scroll over the toilet and listed the presence of the single California Dreamin on the album. Finally Durhill had to release a closely cropped shot of the band surrounded by a black border to remove any trace of the photo being taken in a bathroom.

In 1966 If You Can Believe Your Eyes and Ears hit the top spot on the Billboard Album chart. The singles were Go Where You Wanna Go, California Dreamin, Monday, Monday and Do You Wanna Dance? California Dreamin was certified Gold in June 1966, inducted into the Grammy Hall of Fame in 2001 and peaked at #4 on the Hot 100 in March 1966. Monday, Monday is their only single to hit #1 on the Hot 100. In March 1967, the Mamas and the Papas won a Grammy Award for Best Pop Performance by a Duo or Group with Vocal for this song. Do You Wanna Dance? was the Mamas and the Papas cover of the 1958 Bobby Freeman original.

Between February and May of 1991, the Seattle-based sportswear company, Generra, sold an incredible $50 million worth of color-changing, heat-sensitive T-shirts, shorts, pants, sweatshirts and tights.

Color was everywhere in the 80s and 90s! Thanks to mood rings and the neon stripes on spandex shorts, hyper color clothing was another extension of the color obsession. The concept was the warmth from your touch would change the color of the shirt. You could literally leave your handprints all over someone wearing these shirts. (Of course you could also achieve the same effect with your sweaty armpits.)

The shirts were dyed twice. First with a permanent dye and then again with a thermochromatic dye (a mixture of levco dye — a weak acid — and salt.) Levco dye is used on the sides of Duracell batteries to see if it’s charged and on food packages to gauge the temperature. When the shirts were heated or cooled, the thermochromatic dye changed shape and shifted from absorbing the light or releasing it, which made the color transform. After a few washes or one wash in too hot water, the dye would lose its “magic” and freeze permanently with a purple-brown color.

The other reason hypercolor garments aren’t around? Generra couldn’t handle its overnight success and declared bankruptcy in 1992. Subsequent attempts have since failed to reinvigorate the concept.

dance, girl groups, Got a Love for You, Jomanda, Music, One Hit Wonder, Top 40 hit, trio

In 1991 Jomanda, an American female vocal trio known for their house music career, had a pop crossover hit with Got a Love For You. The song hit #1 on the Dance music chart and #40 on the Hot 100. Got a Love For You was their only Top 40 hit.

The trio of Joanne Thomas, Cheri Williams and Renee Washington returned to the top of the Dance chart in 1993 with Don’t You Want Me. In fact, their first five singles all hit the Top 10 on the dance chart. 1993’s Don’t You Want Me was their final appearance in the Top 10. Four more minor hits followed, their best outing was their final single in 1994, I Cried the Tears, which peaked at #15.

Thomas died in October 2003 after a three-year battle with colon cancer. 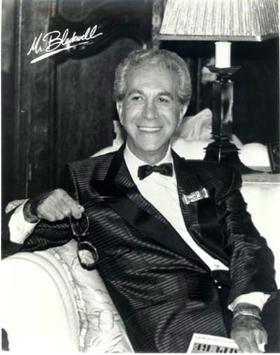 Richard Sylvan Selzer was an American fashion critic,
journalist, TV and radio personality, former child actor and former fashion designer. You may not recognize his first name, but does “Mr. Blackwell” ring any bells? Yes, he was the one who presented the “Ten Worst Dressed Women’s List” each January.

Blackwell was born in Brooklyn to Jewish immigrants of Russian descent. As a teen he tried to make it in acting under the name “Dick Ellis.” After a string of small parts he ended up working as a messenger at a Warner Brothers lot in Burbank. Howard Hughes saw him, signed him to an RKO contract and changed his name to Richard Blackwell. He quit acting in 1944 to become an agent, but quickly realized his talent for design after making stage costumes for his clients.

In the late 1950s he debuted his clothing line and was the first designer to make a line exclusively for plus-sized women. During the 1980s the emphasis drifted toward casual wear and Blackwell got out of the design world.

At the beginning of his design career, he was asked to do a “10 Best and Worst Dressed People” list. In the 1960s he began focusing on the “10 Worst Dressed Women” and by its third year, every TV and radio network, then almost all worldwide services covered it. Blackwell’s list continues on, thanks to political consultant Roger Stone, though he places more emphasis on the “Best Dressed.”

Blackwell lived in the Hancock Park section of L.A. with his partner of 60 years, Robert Spencer. In 2001, he was diagnosed with Bell’s Palsy which causes paralysis of facial muscles. Blackwell died in L.A. on October 19, 2008 at age 86 from complications from an intestinal infection.

Helter Skelter is a true crime book written by Vincent Bugliosi and Curt Gentry, published in 1974. Bugliosi was the lead prosecutor in the 1970 trial of Charles Manson. Helter Skelter recounts and assesses the investigations, arrests and prosecution of (namely) Charles Manson, Susan Atkins, Patricia Krenwinkel and other Manson family members over the
1969 murders of Leno and Rosemary LaBianca, actress Sharon Tate and others. Helter Skelter was taken from The Beatles song and represented (Manson believed) the impending apocalyptic race war. (Manson at the time was fascinated by the band’s White Album.)

Helter Skelter (the novel) won the 1975 Edgar Award for Best Fact Crime book and was the basis for two TV films profiling the murders in 1976 and 2004. Helter Skelter was the main influence for the 2008 horror movie The Strangers.

In the 2000s, Kellogg’s fell in love with the PowerPuff Girls. In 2000, they introduced a limited edition cereal devoted to them. The cereal had
crispy rice pieces “with power-packed clusters that fizz in your mouth.” They did fizz indeed.

In 2001, they produced a limited edition of PowerPuff Girls Pop-Tarts with “Powberry” filling. The Pop-Tarts had a lavender icing and was topped with PowerPuff Girl sprinkles. 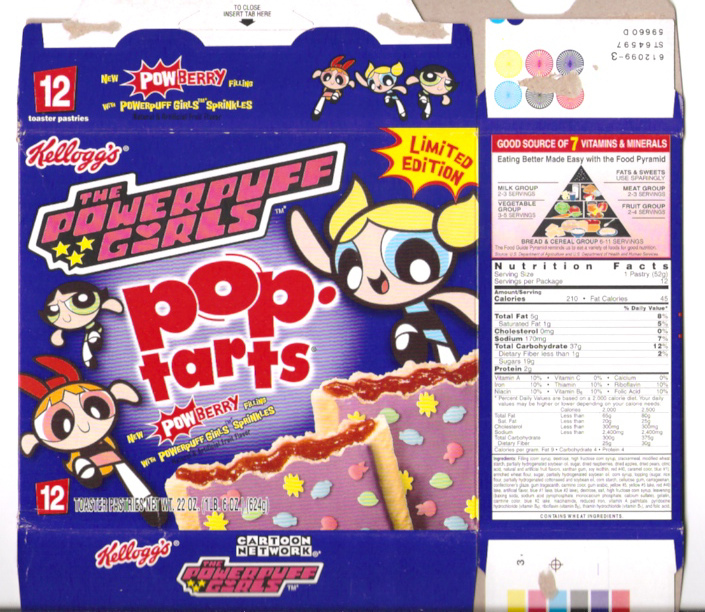 The Adventures of Paddy the Pelican (1954)

This American animated TV series debuted on Chicago children’s stations in the 1950s and is one of the first efforts of made-for-television cartoons. The series lasted for 6 5-minute episodes and aired on ABC for one month in the fall of 1951. The episodes are very rare to find, so good luck.

The Adventures of Paddy the Pelican is infamous as one of the “Worst Cartoons Ever.” The artwork was shoddy pencil sketches and featured reused animation, rambling and obvious improvised voiceovers, muffled and poorly synchronized soundtracks and other low-budget problems.

It’s interesting to note that the show aired in 1951, but the copyright dates on the episodes all say 1954.