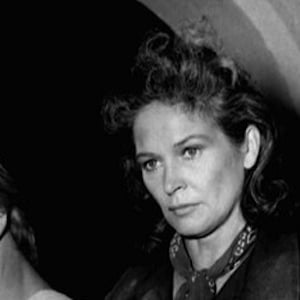 Colleen Rose Dewhurst was a Canadian actress born in Montreal, Quebec. She is known most for theatre roles, and for a while as “the Queen of Off-Broadway”. In her autobiography, Dewhurst wrote: “I had moved so quickly from one Off-Broadway production to the next that I was known, at one point, as the ‘Queen of Off-Broadway’. This title was not due to my brilliance, but, rather, because most of the plays I was in closed after a run of anywhere from one night to two weeks. I would then move immediately into another.” She was a renowned interpreter of the works of Eugene O’Neill on the stage, and her career also encompassed film, early dramas on live television, and Joseph Papp’s New York Shakespeare Festival. One of her last roles was playing Marilla Cuthbert in the Kevin Sullivan television adaptations of the Anne of Green Gables series, and her reprisal of the role in the subsequent TV series Road to Avonlea (marketed as Avonlea in the US). Dewhurst won two Tony Awards and four Emmy Awards for her stage and television work.

Dewhurst was married to James Vickery from 1947 to 1960. She married and divorced George C. Scott twice. They had two sons, Alexander Scott and actor Campbell Scott; she co-starred with Campbell in Dying Young (1991), one of her last performances. During the last years of her life, she lived on a farm in South Salem, New York, with her partner, Ken Marsolais. They also had a summer home on Prince Edward Island. Dewhurst died of cervical cancer, age 67, at her South Salem home in 1991.

The Safety Dance is a song by Canadian new wave/synth-pop band Men Without Hats, released in Canada in 1982 as the second single from Rhythm of Youth. The song entered the Canadian top 50 in February 1983, peaking at number 11 on May 14. In the meantime, The Safety Dance was released in the U.S. on March 16, but did not enter the charts for a few months. When it finally did, the record became a bigger hit than it had been in Canada, spending four weeks at its peak position of number 3 in September and October 1983, and staying on the Billboard Hot 100 for 24 weeks. It also reached number 1 on Cash Box, as well as number 1 on the Billboard Dance Chart. The Safety Dance found similar success in other parts of the world, entering the UK charts in August and peaking at number 6 in early November, and entering the New Zealand charts in November, eventually peaking at number 2 in early 1984.

Writer Ivan Doroschuk has explained that The Safety Dance is a protest against bouncers prohibiting dancers from pogoing to 1980s new wave music in clubs when disco was dying and new wave was up and coming. New wave dancing, especially pogoing, was different from disco dancing, because it was done individually instead of with partners and involved holding the torso rigid and thrashing about. To uninformed bystanders this could look dangerous, especially if pogoers accidentally bounced into one another (the more deliberately violent evolution of pogoing is slam dancing). The bouncers did not like pogoing so they would tell pogoers to stop or be kicked out of the club. Thus, the song is a protest and a call for freedom of expression.

The Peanbut Butter Solution (French title: Operation beurre de pinottes) was a Canadian 1985 family horror fantasy film. The movie was directed by Michael Rubbo and is the second title in the Tales for All (Contes Pour Tous) series of children’s movies created by Les Productions la Fete. The film features the first English language songs performed by Celine Dion (Listen to the Magic Man and Michael’s Song). Skippy peanut butter paid for product placement promotion in the film.

The plot: Convinced that a recently burned-down structure harbors ghosts, young Michael (Matthew Mackay) and Connie (Siluck Saysanasy) decide to investigate the ruins. In true “urban legend” fashion, what Michael sees inside the structure causes him to go bald on the spot! His distress is mollified when a pair of friendly ghosts whip up a “peanut butter solution” that will ostensibly restore his hair. Michael then gets kidnapped by a paint-brush manufacturer.

Debra! was a Canadian children’s TV series that focused on 14-year-old Debra Delong (Niamh Wilson) who partakes in adventures with her best friend Preston Lunford (Will Jester). Debra! ran for 13 episodes from June 4, 2011 to January 1, 2012.

This album proved the opposite: the spirit definitely is destructible. This was the fifth studio album by Canadian singer-songwriter Nelly Furtado. Though she worked with a variety of well known producers including Darkchild (Rodney Jenkins), Salaam Remi (whom she had worked with previously), John Shanks and Tiesto, quite frankly The Spirit Indestructible tanked. It debuted at #79 in the U.S., #18 in Canada and #46 in the UK. Germany and Switzerland were the most kind (#3), Austria and Czechoslovakia gave her a top ten performance (at #8 and #6respectively). Chalk this one up to poor promotion.

The singles released were Big Hoops (Bigger the Better), Spirit Indestructible, Parking Lot and Waiting for the Night. Despite the horrible performance, Furtado was still nominated for Pop Album of the Year award at the 2013 Juno Awards (Canada’s Grammys). Furtado lost to Carly Rae Jepson for Kiss.

Performed by Canadian folk rock group, Crash Test Dummies, Mmm Mmm Mmm Mmm peaked at #1 in Australia, Germany, Iceland and on the U.S. Modern Rock chart. It was the lead single from their second album, God Shuffled His Feet. The song tells the story of isolation and suffering of children.

Though obviously successful, looking back people weren’t super enamored with Mmm Mmm Mmm Mmm (or feelings have changed). The song landed at #15 on VH1’s list of “50 Most Awesomely Bad Songs Ever” and on Rolling Stone’s list of “Most Annoying Songs.” It hit #31 on Blender’s list of “50 Worst Songs Ever.”

The New Liar’s Club was a Canadian version and a revival of the American game show of the same name. Four celebrity panelists analyzed the use of weird and unusual objects. Four contestants would then guess which celebrity was telling the truth in the form of a bet. Four rounds were played and the odds increased for each. The odds were Round 1 were 1-1; Round 2 was 2-1; Round 3 was 5-1 and Round 4 was 10-1. The final round was always The Art Corner. Artwork was presented and the contestants were to guess the name of the painting.

Bad Day was a pop song from Canadian singer Daniel Powter. He originally recorded the song in 2002 but could not find a record label to release it. Bad Day first appeared at Christmas 2004 used in a French Coca-Cola TV ad. Soon after, Warner Bros. Records’ CEO and chairman Tom Whalley heard a demo tape of it and offered Powter a recording contract. As a single, it was first released in Europe in early 2005. It became the most played song on European radio and went top five in more than ten countries. When finally released in the U.S., Bad Day topped the Pop chart (Hot 100), the Pop 100 chart, the Adult Top 40 chart and the Adult Contemporary charts. Additionally it topped the Czech Republic, Irish and Scottish charts. (In his native Canada, Bad Day peaked at #7.) In 2006, Bad Day became the first song ever to sell two million digital copies in the U.S. Not such a bad day after all.