Baby mice wine is a traditional Chinese and Korean health tonic. As little as three-day old mice, whose eyes are still closed are stuffed alive into a bottle of rice wine (bei jiu). After fermenting for 12 to 14 months, hopefully they are finally safe to drink. Some words of caution: If not properly collected, the mice can end up contaminating your drink. If you’re still interested in giving this a try, be warned the wine is said to taste like gasoline. 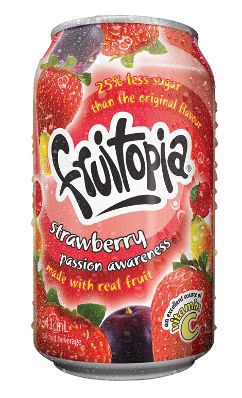 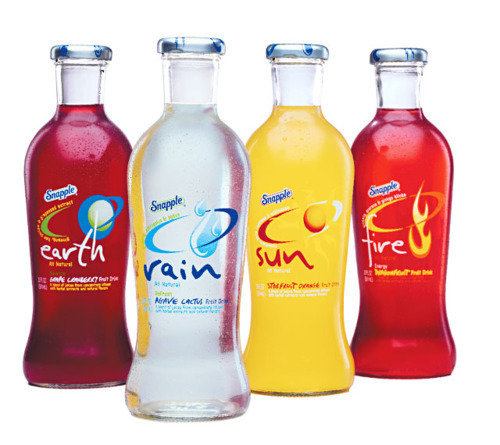 In April 1999, Snapple introduced a new line of fruit drinks, called Snapple Elements. They started out with Earth, Rain, Fire and Sun. Later, the line grew to include a multitude of flavors. Around 2005, the original glass bottles were replaced with aluminum cans. After its introduction, the line won Beverage World’s Globe Design Gold Award for best overall product design.

Introduced by Pepsi in 1960, Teem was a lemon-lime-flavored soft drink designed to compete against 7 Up and Coke’s Sprite.

Teem was sold in Canada and the U.S. until its sales declined dramatically and was discontinued in 1984. Into the 1990s, Teem lived on as Lemon-Lime Slice in some soda fountains. In the U.S., Teem’s closest relative is Sierra Mist.

Teem lived on in most international markets until the 1990s when Pepsi authorized vendors to replace it with 7 Up. Today, Teem is still available in Brazil, Uruguay, Honduras, Egypt, South Africa and Pakistan.

Zima was a clear, lightly carbonated alcoholic beverage. In 1993, at its introduction, it was marketed as an alternative to beer, sort of an alcopop. Zima means “winter” in Slavic.

During the 90s, crystal beverages were all the rage and Coors wanted in on the action. At its peak in popularity (1994), Coors was producing 1.2 million barrels! It proved popular with women. In 1995, in a bid to target men, they introduced Zima Gold, an amber-colored beverage meant to taste like bourbon. Men proved themselves unable to partake and Zima Gold was gone in a year.

Seen and labelled as a “girly-man” beverage, the final nail in Zima’s coffin came in 2000 when Smirnoff launched Smirnoff Ice. In a last ditch attempt, in the late 2000s, Zima introduced new flavors — citrus, tangerine, pineapple citrus, black cherry and green apple. But the damage was done. In October 2008, Coors discontinued Zima.

If you’re still in love with Zima, head to Japan.

Josta was the first energy drink ever to be introduced by a major U.S. beverage company. It was marketed as a “high energy drink” that contained guarana (a climbing plant in the maple family native to the Amazon basin in Brazil, see photo below)
and caffeine. The flavor of Josta was described as mostly fruity with a hint of
spice and a touch of guarana. Due to a 1999 change in corporate strategy, Pepsi discontinued manufacturing of Josta.

This Pepsi product was designed to compete with Vanilla Coke (which was introduced in this same year, but was gone by 2005). Pepsi Blue was a berry flavored drink that consumers described as either blueberry or raspberry tasting — and more sugary and syrupy than regular Pepsi. Pepsi Blue was tinted with Blue 1, a coloring that was banned in numerous countries at the time.

Despite promotions using Britney Spears and Papa Roach and product placements in the movies The Italian Job and Garfield: The Movie, sales were dismal. In 2004, Pepsi Blue was gone from American and Canadian shelves. (If you’re looking for it, you’ll need to book a flight to Indonesia.)

Before Starbucks took over the coffee world market, in 1990, General Foods released ready-to-drink coffee in a carton that was found in your supermarket’s refrigerated section. This was supposed to be a convenient way of getting your morning java. Yet this product was gone in the blink of an eye. What went wrong?

Firstly, putting on a pot of coffee isn’t necessarily a time-consuming task. Secondly, the coffee was served in a foil-lined fresh pack. When you put a picture of a steaming mug of coffee in a package that’s refrigerated, that package should be mircowavable, but it wasn’t. Not very convenient then, was it? That being said, consumers went back to the old fashioned way until Starbucks came to town.

Generation X is a cynical bunch and in 1993 Coke created a soft drink meant just for them. Unfortunately, for Coke, they let the guy who created their biggest flop (New Coke) to create OK Soda. (Hey, at least we know from this that Coke is into giving second chances.)

Sergio Zyman, a Coke marketing executive also created a non-traditional ad campaign in response to the fact that Generation X were a cynical, disillusioned bunch. He even gave the drink its own manifesto: “What’s the point of OK? Well, what’s the point of anything? There is no real secret to feeling OK.”

To give the cans and print material it’s distinctive, edgy look, Coke hired “alternative” cartoonists Daniel Clowes (Ghost World) and Charles Burns(Black Hole). Coke settled on the name “OK” based on their research that determined “Coke” was the second most recognizable word in the world, with “OK” being the first. Brian Lanahan, the then manager of special projects also stated to Time that they chose “OK Soda” because “it underpromises. It doesn’t say, ‘This is the next great thing.” It’s the flip side of overclaiming.”

Though OK Soda received a national media campaign, it was tested in select markets. This move was supposed to create buzz and demand. It failed miserably and life became much less OK for OK Soda when it died in 1995.

The strangest ad that Coke officially released for OK Soda? An ad that lauded how OK Soda tasted like “carbonated tree sap.” It’s hard to see why OK Soda failed, isn’t it?

Hi-C was created in 1946 by Niles Foster and is a soda drink made by Minute Maid, a division of Coca-Cola. The name Hi-C refers to its high vitamin content. The formula for Hi-C contains orange juice concentrate, peel oil and orange essences, sugar, water, citric acid and vitamin C (absorbic acid). Currently there are three product lines of Hi-C — the drink box (which has twelve flavors), Hi-C Blast (11 flavors) and three flavors of Hi-C Sour Blast.

In 1987, Hi-C struck a deal to promote the cartoon series The Real Ghostbusters (a spin-off of the 1984 film Ghostbusters). Initially, Minute Maid only expected the Ecto-Cooler to last as long as the series was popular; the box and commercials, not to mention the name of the product, featured Slimer, a Real Ghostbusters character. After the series was cancelled in 1991, sales of the Ecto-Cooler stayed steady. Slimer disappeared from the packaging in 1997, but the Ecto-Cooler remained available until 2001. It was then re-named Shoutin Orange Tangergreen. In 2006 it was re-named again to Crazy Citrus Cooler. In 2007, the Crazy Citrus Cooler was discontinued completely.