Wait, what, there’s no death date. Not yet. Christa Pike is currently on death row in Tennessee. In fact, she is the youngest woman to be sentenced to death in the U.S. She was a tender 20 years old and committed the murder at the even more tender age of 18.

Pike fell in love with Tadaryl Shipp. She became jealous of Colleen Slemmer when she thought Slemmer was interested in Shipp and Pike became set on a vendetta. Pike and friend Shadolla Peterson planned to lure Slemmer to an abandoned and isolated steam plant close to the University of Tennessee campus. On January 12, 1995, Pike, Shipp, Peterson and Slemmer went into some woods so Slemmer and Pike could make peace. Instead, Pike and Shipp attacked Slemmer (Peterson served as a lookout) for a full 30 minutes before Pike smashed Slemmer’s skull with a chunk of asphalt. Pike kept a part of Slemmer’s skull and was showing it off to other classmates. Within 36 hours, the trio was arrested. On March 22, 1996, Pike was found guilty. She was sentenced to death March 30, 1996. (Shipp received a life sentence; he is up for parole in 2028. Peterson turned informant and received probation after pleading guilty to being an accessory.)

You would expect the story to end there, but no. On August 24, 2001, Pike (assisted by fellow inmate Natasha Cornett) attacked and almost killed inmate Patricia Jones with a shoe string. Pike was convicted of attempted first degree murder on August 12, 2004. (Cornett wasn’t charged as authorities felt there was insufficient evidence to charge her.) Pike almost escaped from prison in March 2012. Pike would’ve been executed August 19, 2002 if not for the additional legal trouble. A new execution date has yet to be announced. 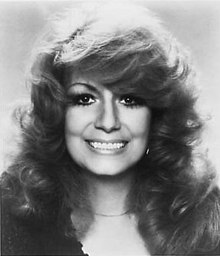 Born Dorothy Marie Marsh, in McMinnville, Tennessee, Dottie was one of ten children. She spent her early years doing chores on her family’s farm. For most of her career, she was true to her country routes by wearing simple dresses and sang with sincere vocals. She began performing on the radio as a teenager and studied music at the Tennessee Technological University where she met her future husband Bill West. They married in 1953.

The couple landed a recording deal in 1959 on Starday Records. In 1961 they moved to Nashville. In 1963, Dottie had her first top 40 hit, Let Me Off at the Corner. In 1964, her hit Here Comes My Baby won the 1964 Grammy Award for Best Female Country & Western Vocal Performance. (She was the first woman to win the award.) She soon became a member of the Grand Ole Opry. During the 1960s, Dottie released 15 albums.

The 1970s brought many changes for Dottie. She divorced West and married her drummer Byron Metcalf. She also introduced a new image — she began wearing tight dresses and more makeup. Late in the decade, she did a series of successful duets with Kenny Rogers. They won the Best Duo of the Year from the CMA in 1978 and 1979. In 1981 she divorced Metcalf. Two years later she married Al Winters and had two minor hits on the charts. Dottie continued to perform and still drew crowds. Unfortunately in 1990, she divorced Winters and filed for bankruptcy. The IRS was forced to seize her property and possessions.

In early September 1991, Dottie was late to a performance after having car trouble. She accepted a ride from a neighbor. On the way to the show, her neighbor lost control of the car, flipping it. On September 4, Dottie succumbed to her injuries from the accident. Dottie was 58.

A vocal harmony quartet based in Tennessee, the Four Voices had quite a string of moderate hits with Columbia Records in the 1950s. Their best outing was in 1956 when they peaked at #20 with Lovely One (B-side was Geronimo. The Four Voices were Allan Chase, Sal Mayo, Bill McBride and Frank Fosta.