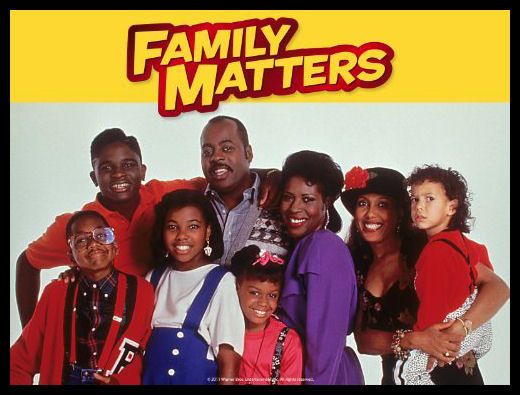 Family Matters was an American sitcom that began on the ABC network from September 22, 1989 until May 9, 1997. For its 9th and final season, it aired on CBS from September 19, 1997 until July 17, 1998. Family Matters was a spin-off of the ABC sitcom Perfect Strangers. Family Matters revolved around the Winslow family, a middle-class African American family that lived in Chicago. Midway through season one, they introduced the world to their nerdy neighbor, Steve Urkel (played by Jaleel White) and he quite literally became the show’s main character. Family Matters became the second longest-running non-animated U.S. sitcom with a predominantly black cast, behind The Jeffersons (253 episodes). As it now stands now, Family Matters‘ run of 215 episodes is sitting third as Tyler Perry’s House of Payne (at 254 episodes) has now surpassed both classic shows.