Gulliver’s Travels, or Travels into Several Remote Nations of the World. In Four Parts. By Lemuel Gulliver, First a Surgeon, and then a Captain of Several Ships is a prose satire of 1726 by the Irish writer and clergyman Jonathan Swift, satirising both human nature and the “travellers’ tales” literary subgenre. It is Swift’s best known full-length work, and a classic of English literature. Swift claimed that he wrote Gulliver’s Travels “to vex the world rather than divert it”. The book was an immediate success. John Gay remarked “It is universally read, from the cabinet council to the nursery.” 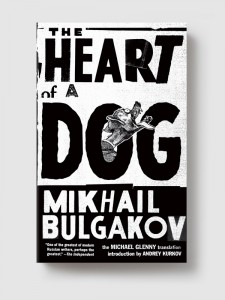 Heart of a Dog was written by Russian author Mikhail Bulgakov and is a biting satire of Bolshevism at the height of NEP period, when it looked like communism was relaxing in the then Soviet Union. Its publication was initially prohibited in Russia (though it was passed around secretly) before being officially released in 1987. The plot of Heart of a Dog sees a stray dog becoming implanted with the glands of a deceased human criminal who ends up a bureaucrat. 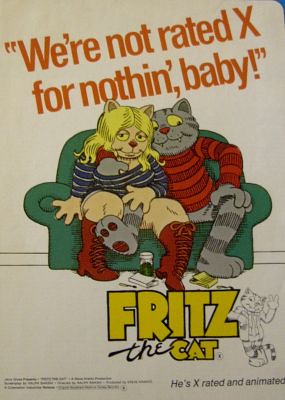 Based on the comic strip of the same name by Robert Crumb, Fritz the Cat was an American adult animated comedy film about an anthropomorphic feline (voiced by Skip Hinnant) living in the mid-1960s in New York City. Fritz the Cat is a satire focusing on American college life of the 1960s, race relations, the free love movement and left- and right-wing politics. (This focus on politics would cause comic creator Crumb to have numerous disagreements with filmmakers.) Fritz the Cat was the first animated film to receive an X rating in the U.S. It was also one of the most successful independent animated features of all time, grossing an astounding $90 million(+) worldwide. A sequel, The Nine Lives of Fritz the Cat was produced without the involvement of Crumb or Ralph Bakshi (the director).

Sledge Hammer! ran for two seasons and 41 episodes. Both seasons are available on DVD in regions 1 and 4. The complete series is available in region 1.

Animal Farm is a political satire based on the socialist and communist philosophy of Stalin in the Soviet Union.

Unhappy with the status quo, a group of farm animals revolt and establish their own society. Unfortunately, the new leaders, the pigs, lead them into a worse situation after their declaration that though all farm animals are equal, some are more equal than others.

Orwell found publishing to be a tough sell. After four refusals and a fifth initial acceptance that ended in a refusal, Secker and Warburg finally accepted. It was feared that publishing the novel would upset the alliance between the U.S., Soviet Union and the UK. (Orwell was a Brit.) Initially, Animal Farm was not well received. Over the years, criticisms regarding the novel have softened and Animal Farm is considered one of the greatest books from the 20th century.