Author Rhonda Gray found real life shopcats in New York City and had photographer Stephen T. Robinson take their photos. The perfect book for the cat lover in your life. Or if you need to spend some time with some kitties or just need a friend while you shop, check out the stores and go pet some cats. 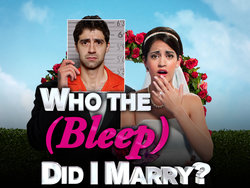 Who The (Bleep) Did I Marry? (Investigation Discovery, 2010)

This is an American documentary series that chronicles the real life stories of people (mostly women) who find out that their spouse has committed a crime before or shortly after their wedding. Currently, Who The (Bleep) Did I Marry? has run for five seasons and a total of 52 episodes. Season 5 ended in March 2014 and no new episodes have been produced since, though the series has not been cancelled.