On Shrove Tuesday every year the ladies (competitors must be over age 18) of Olney, Buckinghamshire compete in the world famous Pancake Race, an Olney tradition dating back to 1445! Children from Olney schools take part in their own races. Competitors have to flip their pancakes twice during the race and once more on the finish line. Since 1950, Olney has competed against the women of Liberal, Kansas (USA) in an international race. Fancy a go? Get to Olney for Tuesday, March 5, 2019. 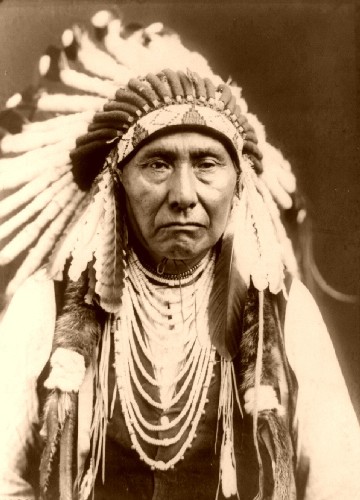 Chief Joseph is known for one of the greatest military retreats in history. He was born Hin-mah-too-yah-lat-kekt (Thunder Rolling Down a Mountain) but known as Joseph, after his father who was baptized in 1838, in the Wallowa Valley, the territory that became Oregon. The Nez Perce people were forced to move to a reservation in 1877. Just before the move, some followers attacked and killed several white settlers. Fearing repercussions and wanting to avoid defeat, Chief Joseph led his 700 followers on a 1,400-mile journey towards Canada. They came within 40 miles of the Canadian border but were too exhausted and starved to continue on. His group was down to 87 and Chief Joseph was forced to surrender, not wanting to lose any more men. Chief Joseph and his remaining people were escorted to Kansas, then to what became Oklahoma. In 1885, they were able to return to the Pacific Northwest. Chief Joseph died on September 21, 1904.

In Cold Blood chronicles the murder of four members of the Clutter family. In 1959, in Holcomb, Kansas, two ex-convicts on parole
from the Kansas State Penitentiary broke into
the Clutter home. They tied up Herbert and Bonnie Cluteer and their two youngest children, Nancy and Kenyon and shot them, one by one. The break-in began as a robbery, but there was only less than $50 in the home. The ex-cons Richard Hickock and Perry Edward Smith killed the entire family anyway. Hickock and Smith were later executed by hanging just after midnight on April 14, 1965. There were two elder Clutter children — Eveanna and Beverly — that were old enough to be on their own at the time of the murders.

Though In Cold Blood is a nonfiction novel, written by Truman Capote, some parts of the book differ from real events. In Cold Blood is the second best-selling true crime book behind Vincent Bugliosi’s Helter Skelter.