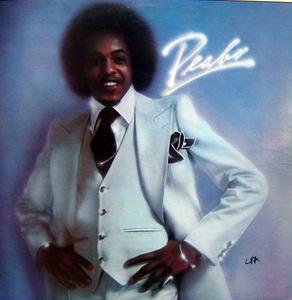 Peabo is the debut, self-titled, self-produced album of soul vocalist Peabo Bryson. (R&B superstar Luther Vandross was a backing vocalist for Peabo.) Peabo was Bryson’s only album with Bullet Records, before he moved on to Capitol. Peabo peaked at #48 on the Soul Album chart.

Four singles were released: It’s Just a Matter of Time, Underground Music and I Can Make it Better were all top 25 hits on the R&B charts, while Just Another Day peaked at #27 on the R&B chart.