Gilligan’s Planet was an American Saturday morning animated series produced by Filmation and MGM/UA Television. It was the second animated spin-off of the sitcom Gilligan’s Island (the first being The New Adventures of Gilligan). Gilligan’s Planet was the last cartoon series that Filmation produced for Saturday mornings. (They transitioned to producing cartoons exclusively for syndication.) It was one of the last 1980s Saturday morning cartoons to be fitted with an adult laugh track, as the popularity of the practice had subsided. Gilligan’s Planet featured all of the original actors but one; Tina Louise, who has consistently refused to participate in any Gilligan’s Island-related material since the series ended, again declined to reprise her role as Ginger Grant, who again was portrayed as a platinum blonde instead of Louise’s red hair. Dawn Wells, who had been unavailable during the production of The New Adventures of Gilligan, returned to the franchise, voicing both her own character (Mary Ann Summers) and Ginger.

Gilligan’s Planet is based on the premise that the Professor had managed to build an operational interplanetary spaceship to get the castaways of the original series off the island. True to the castaways’ perpetual bad luck, they rocketed off into space and crash-landed on an unknown planet that supported human life. In many ways, the planet was like the island, but with a strangely colored and cratered surface with more land to get around. The rocket was severely damaged in the crash; thus, the castaways were still stranded and the Professor resumed his attempts to repair their only way home.

Garfield’s Feline Fantasies explores Garfield’s fantasy life as he and Odie go on a Middle East mission to retrieve the Banana of Bombay, the symbol of humor to nations around the world. The special was broadcast on CBS on May 18, 1990. It was nominated for Outstanding Animated Program at the 42nd Primetime Emmy Awards. It has been released on both VHS and DVD home videos. Garfield’s Feline Fantasies is the only Garfield special not to feature Lou Rawls. (Rawls having such a distinct voice lent his voice to many cartoons singing songs.) Lorenzo Music provided the voice of Garfield. 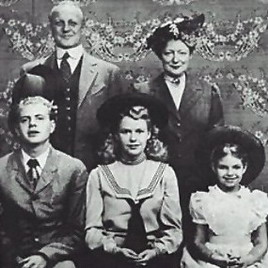 Mama was a weekly Maxwell House and Post Cereal-sponsored CBS Television dramedy series that ran from July 1, 1949 until March 17, 1957. The series told the ongoing story of a loving Norwegian family living in San Francisco in the 1910s through the eyes of the elder daughter, Katrin Hansen (Rosemary Rice). Katrin would be seen looking through the pages of the family album at the start of each episode. The show was originally broadcast live from CBS Studio 41 above the 42nd Street waiting room in Manhattan’s Grand Central Terminal.

By the end of the 1955–56 season, even though the ratings for Mama were still respectable, viewership had decreased. Maxwell House, who co-sponsored the show, complained that not enough viewers were buying their coffee. This complaint led to CBS’s cancellation of the show in July 1956. Carol Irwin, the show’s producer, urged viewers to write the network demanding a return of the show. As a result, 175,000 letters poured into CBS, and the network immediately renewed the show. Unfortunately, with the prime-time schedule already filled, CBS scheduled Mama at 5:00pm on Sunday afternoons beginning December 16, 1956. This time, 26 episodes were filmed. The entire cast was reunited with the exception of actress Robin Morgan, who had portrayed the youngest daughter Dagmar beginning in 1950. Morgan opted not to continue with the role, wanting to pursue writing rather than acting. So, when Mama returned to CBS in December, 1956, the role of Dagmar was played by actress Toni Campbell. However, because of its less-than-desirable new time slot, Mama‘s ratings plummeted to the point of ultimately terminating its run three months later in March 1957, with several episodes left unaired.

Dirty Work was the Rolling Stones 18th British and 20th American studio album. It was released during a period when relations between Mick Jagger and Keith Richards has soured considerably. The boys had been feuding over the band’s direction for much of the 1980s. Almost all of the band members had spent the previous years working on side or solo projects themselves so it was quite rare to have all five members of the band in the studio at the same time. This meant that several guest musicians had to appear on the album. There was no supporting tour as the level of animosity between band members was too high and prevented them from being able to work together. This didn’t stop the album from selling well, reaching Platinum or Gold status in a number of countries. The singles: Harlem Shuffle was a cover of an R&B song from Bob & Earl from 1963. One Hit (To the Body) only reached #80 in the UK and was their lowest charting single at the time. It was a top 20 hit in the U.S. and Belgium, at #28 and #29 respectively.

Who’s Whose was a panel quiz TV show that aired on CBS on June 25, 1951 and is noted for being one of the first TV shows to be dropped after only airing for just one episode. Who’s Whose was hosted by Phil Baker and was assisted by a man in a turban dubbed “Gunga.” The celebrity panelists were Robin Chandler, Art Ford, Basil Davenport and Emily Kimbrough. The panelists were to guess which of the three male guests were married to which female guest. Who’s Whose was broadcast live. 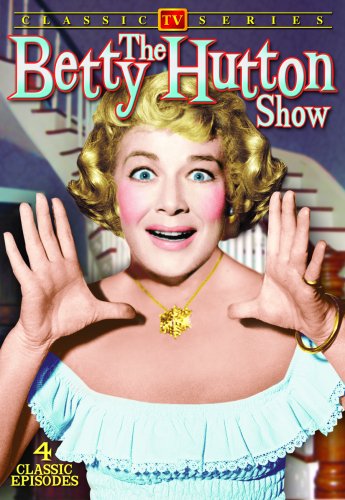 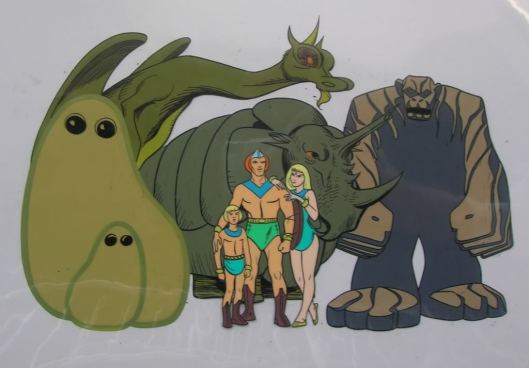 The Herculoids was a Saturday morning animated cartoon TV series that aired on CBS for 18 episodes beginning September 9, 1967. These episodes were rerun during the 1968-1969 television season, with The Herculoids ending their run on September 6. 1969. The Herculoids were created and designed by Alex Toth and produced by Hanna-Barbera. The series was set on the distant planet Amzot and featured science fiction plotlines akin to the series Space Ghost and the recent Jonny Quest.

The Internet is a powerful thing as proven by this American sitcom. The social networking site Twitter had a feed on it created by Justin Halpern, called “Shit My Dad Says.” The quotations Halpern used were indeed from his own father. It was so popular that CBS decided to make a sitcom out of it, running from September 23, 2010 until February 17, 2011. 18 episodes aired until the series was replaced mid-season by Rules of Engagement.

In the series, Henry (Jonathan Sadowski) is a struggling writer and blogger that has to move back home with his very opinionated, highly vocal father Ed (William Shatner). During a job interview, Ed interrupts with a phone call and the editor hires Henry based on the material that Ed can provide Henry.

While much attention was paid to the expletive in the title, the show was not all that interesting to viewers which led to the series’ cancellation.