The Diving Bell and the Butterfly Miramax, 2007)(

This is a 2007 biographical drama film based on Jean-Dominique Bauby’s memoir of the same name. Bauby suffered a massive stroke that left him with the condition of locked-in syndrome. Essentially, Bauby was trapped inside his body and was only able to move one eye. The journalist wrote his book, letter by letter blink by blink. Wow.

The Perfect Storm was an American biographical disaster drama directed by Wolfgang Peterson and based on the 1997 nonfiction book of the same name by Sebastian Junger. The film recounts the story of the commercial fishing boat, the Andrea Gail, when it was caught between two weather fronts and a hurricane as it tried to make it back to shore. The Andrea Gail doesn’t make it and there are no survivors. The Perfect Storm starred George Clooney and Mark Wahlberg. 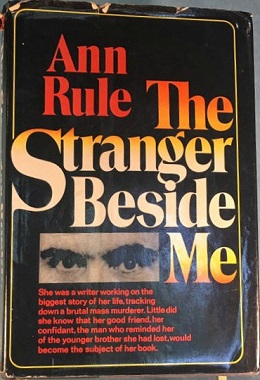 The world knew Ted Bundy to be a brutal serial killer, but for author Ann Rule, Bundy was a co-worker that she worked side-by-side with at a suicide hotline center. To her, Bundy was a handsome, charismatic friend. In The Stranger Beside Me, she recounts how she came to terms with the fact that the Bundy she knew was not necessarily the Bundy he really was. The Stranger Beside Me is an autobiographical and biographical look at Bundy’s life and crimes. In it, she writes about the events of the Chi Omega murders at Florida State University in January 1978 in third person. It’s not until Bundy’s capture and trials that rule is fully able to accept that Bundy is indeed a killer. This book is deeply unsettling and very personal. Rule has since gone on to become a renowned true crime author.

A film adaptation, the 2003 made-for-TV movie of the same name, The Stranger Beside Me starred Billy Campbell as Bundy and Barbara Hershey as Rule. 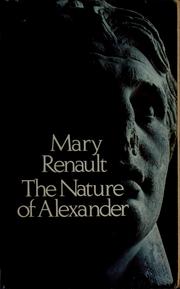 The Nature of Alexander (Pantheon Books, 1975)

English author Mary Renault wrote several
historical novels about King Alexander the Great, ruler of Macedon, Egypt and Persia. These books were: The Mask of Apollo (1966), Fire from Heaven (1969), The Persian Boy (1972) and Funeral Games (1981). She felt these weren’t enough to cover his life, so she completed a full nonfiction biography, which was the only nonfiction work of her writing career, The Nature of Alexander. In this book, Renault unabashedly advocates for Alexander as a great man, refuting many slurs against him, both modern and ancient.

Alive was a 1993 American biographical survival drama film based on Piers Paul Read’s 1974 book, Alive: The Story of the Andes Survivors. On October 13, 1972, Uruguayan Air Force Flight 571 crashed into the Andes mountains. Onboard were Uruguay’s rugby team. Alive chronicles their story of survival. Alive starred Ethan Hawke, Vincent Spano and Josh Hamilton. Alive was narrated by John Malkovich and directed by Frank Hamilton. Jolson Sings Again is the sequel to The Jolson Story. Both films chronicled the life of singer Al Jolson.

Jolson Sings Again tells the story of Jolson’s return to the stage after his premature retirement. But his wife has left him and the appeal of the spotlight is not what it used to be. This time Jolson (Larry Parks) trades in the stage for life in the fast lane. His father becomes increasingly concerned about his frivolous lifestyle. His mother (Tamara Shayne) died and World War
II begins. Yours, Mine and Ours was loosely based on the story of Frank and Helen Beardsley’s real life romance. Desilu Productions had bought the rights to their story before Helen had published her autobiography “Who Gets the Drumstick?”

The 1968 film starred Henry Fonda and Lucille Ball. It was remade in 2005 with Dennis Quaid and Rene Russo. The premise: Frank has 10 children and Helen has 8. When the couple marry, how do two large families blend into one?

Critics were not unaminously enamored with the film, but Yours, Mine and Ours took in $26 million at the box office and a further $11 million in rentals. The film was the top grossing film for United Artists in 1968 and overall was the 11th highest grossing film of that year. The Diary of a Young Girl by Anne Frank (Contact Publishing, 1947)

In 1942, Nazis occupied Holland. 13-year-old Anne Frank and her family fled Amsterdam and lived with another family in the “Secret Annexe” of an abandoned office building. Anne survived this period of her life by recording everything that occured in a diary. That diary has since become a worldwide classic, having been published in over 60 languages.

Tragically, the Franks were apprehended in 1944 and young Anne died of typhus in the Bergen-Belsen concentration camp. Her father, Otto, was the lone survivor of his family.

Luke Perry stars in this biography of the late Lane Frost, a champion bull rider. Frost won the 1987 Rodeo World Championship at age 21. 8 seconds refers to the minimum amount of time a rider must stay on the bull while in competition. The film also stars Stephen Baldwin and Cynthia Geary. Vince Gill also appears with his band. As well, keep your eyes peeled for the brief appearance of Renee Zellweger.

Released in late February 1994, the film took in $3.3 million in its opening weekend and when it disappeared from theaters seven weeks later, it had taken in over $15 and a half million.