Keep Calm and Carry On

The original Keep Calm and Carry On appeared on a 1939 poster. It was produced by the British government in preparation for World War II. It was intended to raise the morale of the British public as they were being threatened with mass air attacks on several major cities. 2.45 million posters were printed. Interestingly, the posters were rarely publicly displayed and wasn’t known much until a poster was rediscovered in 2000 at Barter Books, a bookshop is Alnwick. It struck a chord and has been re-issued by a number of private companies and has become the decorative theme for a range of products. 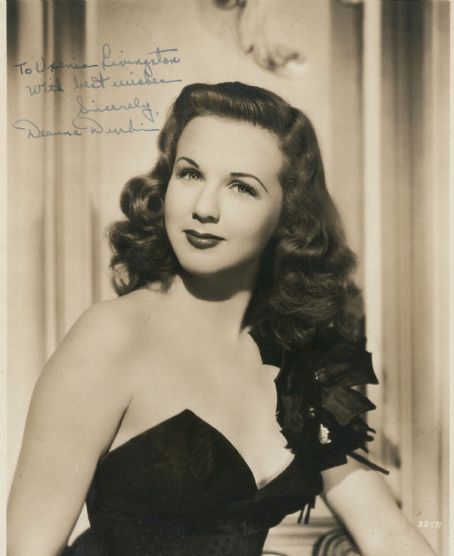 Edna Mae Durbin was born in Canada (Winnipeg) and appeared in romantic and musical films throughout the 1930s and 1940s. She had the technical skill and vocal range of a lyric soprano. Her first film role was with Judy Garland in Every Sunday in 1936. The film led to her signing a contract with Universal Studios and was credited with saving the studio from bankruptcy thanks to her film roles as the girl next door. In 1938, at age 17, she was awarded the Academy Juvenile Award. As Durbin matured, she grew dissatisfied with the roles offered to her and attempted to portray more womanly and sophisticated women on screen. She starred in the film noir Christmas Holiday in 1944 and the whodunit Lady on a Train in 1945. None of these roles were well received and Durbin retired from acting in 1949 and withdrew from public life. In 1950 she married film producer/director Charles Henri David and they moved to a farmhouse near Paris. Durbin died on April 17, 2013 at age 91. The exact details have never been stated, only that she had passed away in Neauphle-le-Chateau, France. 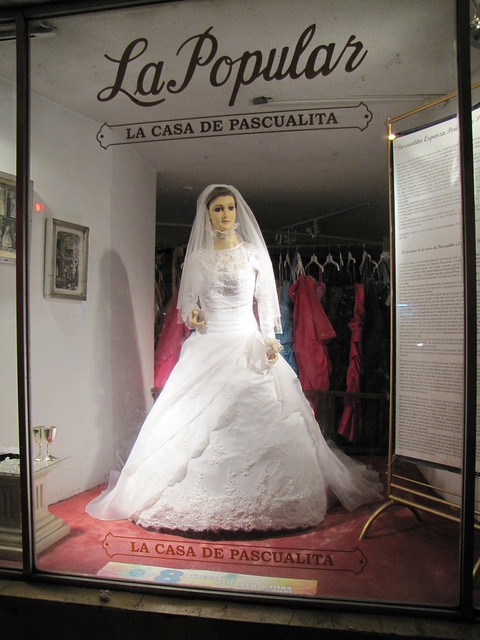 Let’s look at another popular urban legend. In Chihuahua, Mexico is a famous bridal shop. Not because they sell bridal gowns to celebrities by the boatload or anything like that. The shop is home to La Pascualita. Who is that? A mesmerizing life like mannequin, rumored to be the embalmed body of the daughter of a former store owner named Pascuala Esparza, to whom the mannequin bares a striking resemblance. According to the urban legend, the daughter died from a Black Widow spider bite on her wedding day. Grief-stricken, Esparza had her embalmed and stood her in the store window. Though she denies it, the story has taken on a life of its own. Observers say La Pascualita shifts positions during the night. And her eyes follow customers around the store. Only the owner and a very few trusted employees are allowed to undress her. She is changed twice a week. Some locals and brides-to-be actually pray or leave gifts for her with the shop owners, considering La Pascualita to be a saint. One thing is certain this is an incredibly detailed, amazingly life-like, probable wax dummy. La Pascualita has been at home in La Popular since March 25, 1930.

A bakery manager invented this treat
in the 1930s, but how Twinkies
became a diet fad is unknown. A Twinkie has only 150 calories and, sure enough, if you eat nothing but Twinkies you will indeed lose weight. If you only eat 10 per day, that’s only 1,500 calories. However, who only wants to eat 1 food item per day? It may sound great at first, but could get pretty old pretty fast. Plus, you won’t be getting any veggies or protein — nor a whole host of other essential nutrients — per day. Just sugar and fat.

1930s, 1940s, Austin Powell, Chicago, Chuck Barksdale, Ernie Price, I Miss You So, Jimmy Henderson, Music, Nuts to You, One Hit Wonder, The Cats and the Fiddle

The Cats and the Fiddle were an African American singing group formed in Chicago in 1937. Until they broke up in 1951, they released over 30 songs. The original (they experienced numerous line-up changes over the years; they’ve had 14 members) line-up was Jimmy Henderson, Ernie Price, Chuck Barksdale and Austin Powell. They were discovered by Lester Melrose, a rep for Victor Records. Signed by Bluebird Records, their debut single was Nuts to You.

In 1940, Henderson penned the mid-tempo ballad I Miss You So. (The Orioles later covered the song at a slower tempo.) Soon after, Henderson died from meningitis. In 1941, Barksdale also died. (And the revolving door in the Cats and the Fiddle began.)