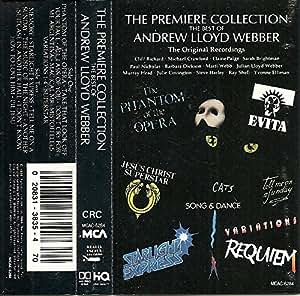 The Premiere Collection is a compilation album that brought together some of composer Andrew Lloyd Webber’s best known compositions. The album had songs from Phantom of the Opera, Tell Me on a Sunday, Evita, Cats, Jesus Christ Superstar, Starlight Express and Requiem. In total it included 14 hits and spent two weeks atop the UK Compilation chart in January 1989. It was released as a LP, cassette and CD format.