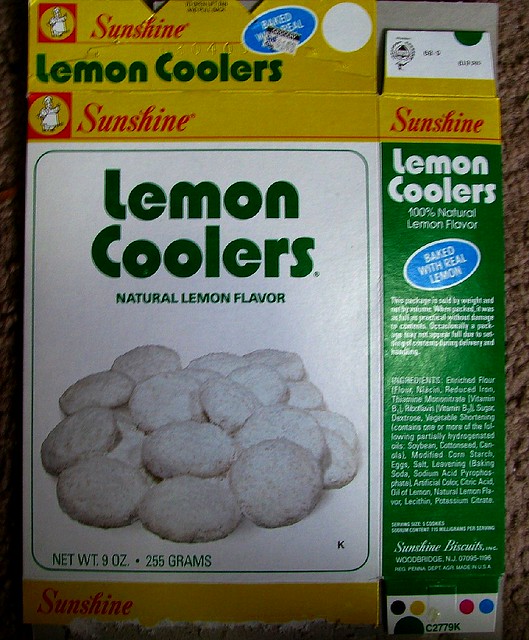 Lemon Coolers were crumbly lemon cookies coated with powdered sugar and sprinkled with lemony bits. They disappeared (much to the dismay of the public) from grocery store shelves when Sunshine Biscuits merged with Keebler in 1996. As tends to happen, there were many online petitions to bring them back and Niche Foods Company have attempted to do it. Niche Foods Company is dedicated to bringing back many “Old Time Favorites” foods when they introduced Lemon Cookies with the tagline “Cooler than ever.” Are they the same? Fans say they’re close. They aren’t as chewy or as lemony and they aren’t quite as tart. If you’re interested in trying to make your own, there are also numerous recipes online.